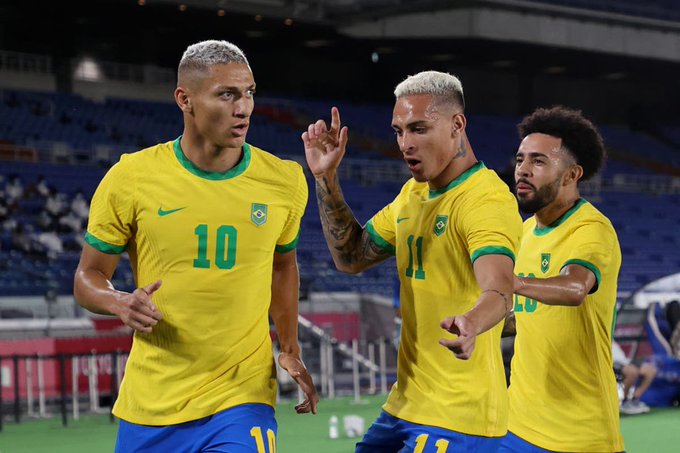 The Tokyo 2020 Olympics Men’s Football Tournament kicked off on Thursday with a full round of matches.

South Africa began their Group A campaign with a 1-0 loss to hosts Japan. Real Madrid’s Takefusa Kubo netted the solitary goal in the 71st minute.

In another Group A match played earlier on, Mexico beat France 4-1 to move to the top of the table.

Goals from Alexis Vega, Sebastian Cordova, Uriel Antuna, and Eduardo Aguirre gave the South Americans a perfect start while France had their consolation through Andre-Pierre Gignac.

In Group C, Spain was held to a goalless draw by Egypt while New Zealand beat South Korea 1-0 to take the early lead in Group B and Ivory Coast beat Saudi Arabia 2-1 in Group D.

Brazil served notice of their intent after engeneering an impressive 4-2 victory over Germany.