Washington Arubi decides on his future 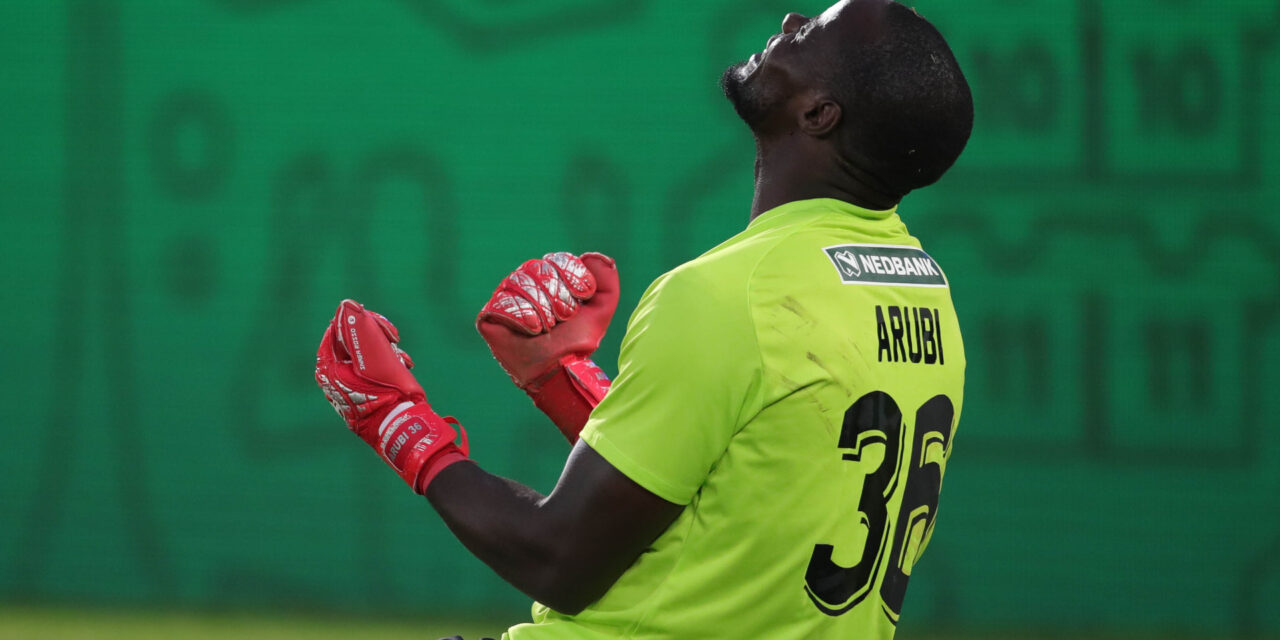 Washington Arubi has made a decision regarding his future after his contract with Marumo Gallants (formerly known as Tshakhuma Tsha Madzivhandila) expired at the end of last season.

The goalkeeper had taken some time weighing his options as he sought to decide his next move.

South African PSL newcomers Sekhukhune United were interested in the player and engaged him in the past weeks.

But Arubi has decided to stay at Marumo after signing a one-year contract extension with an option to renew.

The 35-year-old Arubi, who is yet to join the team’s pre-season camp, watched from the stands as his teammates played National First Division side Pretoria Callies in a friendly match in Polokwane on Tuesday.

Gallants Media officer Rufus Matsena confirmed the news to FARPost website: “Washington Arubi is still part of our team. We have reached an agreement and he signed his contract yesterday (Monday).

“As to saying he is back to me sounds like he had gone somewhere. The only place that I know he had gone to was to represent his country at the COSAFA Cup. If there was any team that showed interest, well that is between him and the other teams that had an interest in him.”