Why is the NSS treated as just an ordinary stadium? 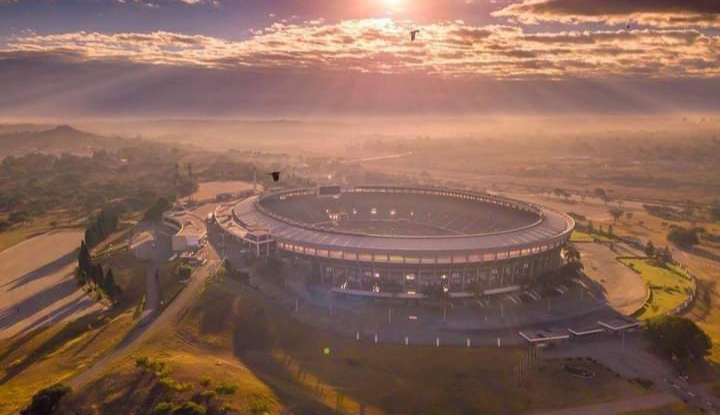 It was at the National Sports Stadium where Lazurus Muhoni tapped in from close range, the solitary strike which propelled Zimbabwe to a 1-0 victory, in an AFCON qualifier against Mali in 2003.

The then Black Rhinos midfielder took off his shirt in celebration of that crucial goal, which set in motion Zimbabwe’s quest for a first ever apperance at the continental showpiece in Tunisia,  a year later.

It was also at the giant facility where a special and rare moment of a brother assisting a brother’s goal, occurred.

Peter Ndlovu delivered a delightful cross, with his weaker foot by the way, which was met with a thumping diving header by his now late brother Adam, when the Warriors demolished Mauritania that same year.

That game is widely remembered for Adamski’s hilarious ‘Machine Gun’ celebration, which resulted in Energy Murambadoro’s injury. The big shot-stopper had to be replaced by Tapuwa Kapini.

It was also at the 60000- seater, where Knowledge Musona’s cheeky ‘Penenka’ penalty stunned the crowd, among it businessman Wicknell Chivhayo, back in 2017.

Musona converted from 12 yards, with the swagger of a confident player, to thrust the Warriors ahead against Swaziland (now Eswatini) in an AFCON qualifier which then coach Kalisto Pasuwa’s charges comfortably won 4-0.

Truth be told, there are just too many memories at the National Sports Stadium, so much so that we might spend the entire day recalling them.

In a country which takes football seriously, such a facility would have been renovated and be furnished with up to date technologies in preservation of history associated with it, likewise- the future.

Regrettably, one would consider himself very fortunate to use a properly-functioning toilet at the National Sports Stadium right now- that is the extent to which the once-iconic venue has depreciated

What used to be an awe-inspiring venue has turned to just an ordinary sporting facility where a musical gig being staged there pleases the owners of the stadium, more than a national team game.

Since CAF banned the it from hosting international matches citing lack of set international standards, it ( the NSS) has even switched owners -from the Ministry of Public Works to their Sports and Recreation counterparts.

Still, the stadium does not have the upgrades listed by CAF for it to pass inspection and be permanently approved to stage international games.

The Felton Kamambo-led ZIFA board was fined $US2000 by CAF, for the state the stadium was in, when Zdravko Logarusic’s charges hosted Zambia in an AFCON qualifier there, in March.

For months, no bucket seats have been installed at the facility despite CAF insisting they should, with Covid-19 being the scapegoat used by those in charge.

The continental governing body even highlighted to ZIFA that the pitch needs to be improved- a sad reality of what the stadium has turned into.

Apart from CAF insisting, the players themselves used to complain a few years back, of the condition the pitch was in.

Why is the National Sports Stadium treated like just one of the stadiums yet its an iconic venue with a lot of memories?