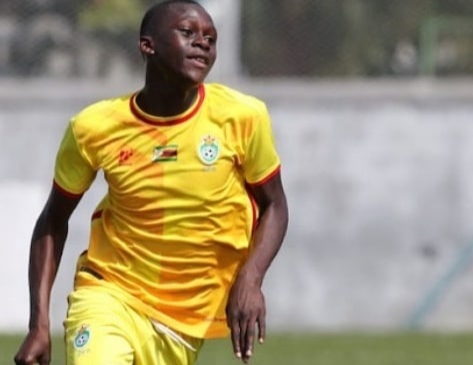 The Young Warriors striker was first linked with the club last year but his age restricted the move as FIFA only allows international transfers involving players aged 18 years and over.

Mandinyenya will link up with fellow countryman Ishmael Wadi who has also joined JDR Stars.

The lanky striker was invited by the Pretoria-based side for a two-week trial stint and passed.

He has signed a 2 year deal.

Wadi was one of the in-form players when top-flight football temporarily came back with the Chibuku Super Cup. He scored four goals for Makepekepe.