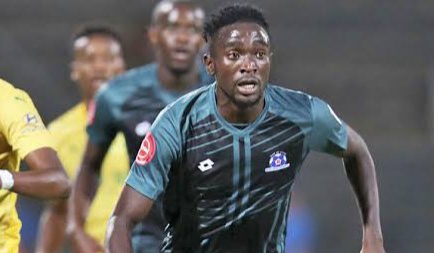 Augusto took the local top-flight by storm in the 2019 season and scored for fun for the Game Cocks and his exploits earned him a move to Dstv Premiership side Maritzburg United.

At the Team of Choice, Augusto rarely featured and was inevitably shown the exit door.

He has been signed by the Green Machine, a developmentconfirmed by a source at the club.

“Yes. He is here, he will announced officially in the next few days,” the source said.