JUST IN: Emotional Messi breaks down to tears during farewell presser 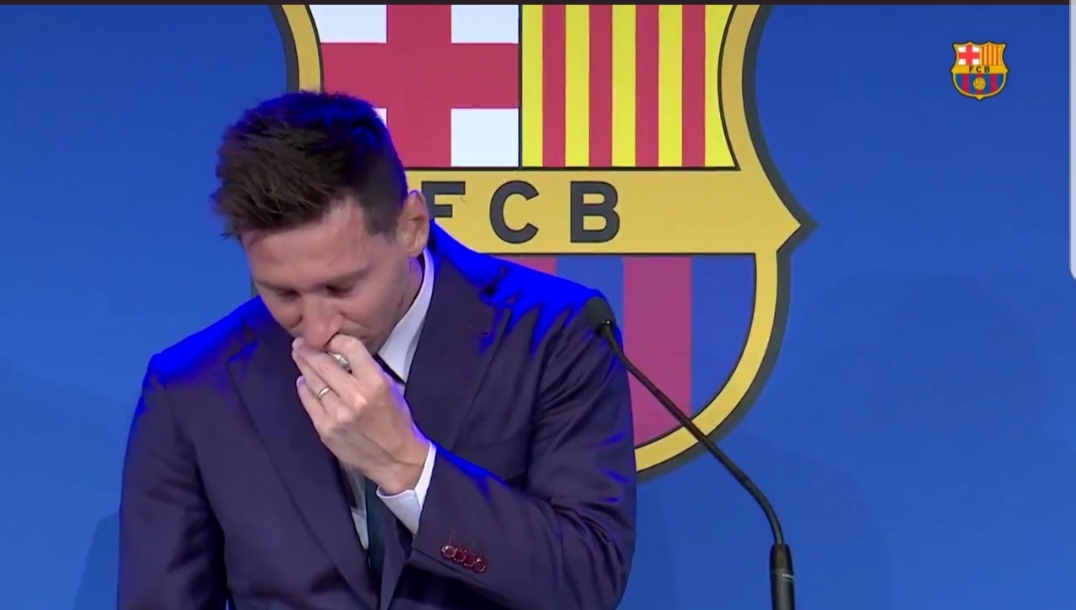 An emotional sounding and looking Lionel Messi broke down to tears following a massive round of applause from the Barcelona board and players in his farewell press conference at Nou Camp on Sunday.

The six-time World Player of the Year is leaving the Catalan giants after a glittering career spanning 17 years.

Barcelona shocked the world last week, when they announced that the 34-year old will not continue at the club.

Messi broke down to tears following a massive round of applause from the club’s hierarchy, players as well as his family.

The Argentina captain admitted that he wasn’t ready to leave the club.

“During the past few days, I have been thinking. I gave a lot of thought about what I could say here. And the truth is, I can’t think of anything,” a tearful Messi said.

“This is really difficult for me, after so many years, I have been here my entire life- Im not ready for this.”

“Honestly, with all the nonsense last year, I was convinced and I knew what I wanted to say, but this year is not the same,” he added.