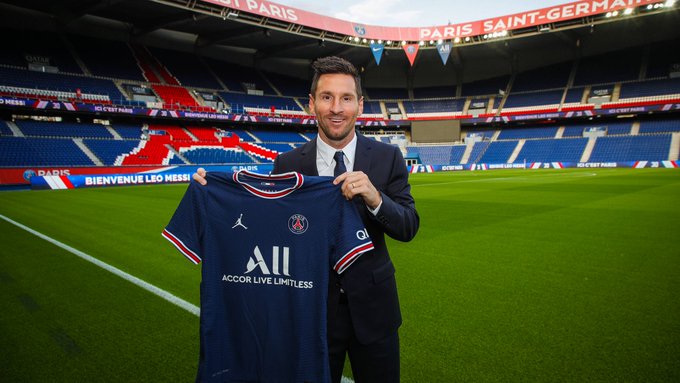 Lionel Messi has officially signed with PSG on a free transfer.

The 34-year-old Argentine moves to the French giants after he did not renew his contract at Barcelona, ending his 18-year spell at the club.

The striker signed a two-year contract, with the option for a third year.

Speaking after signing the deal, he said: “I’m looking forward to starting a new chapter in my career in Paris. The club and his vision are a perfect match for my ambitions. I’m determined to build something great for the club and the fans. I can’t wait to step onto the pitch at the Parc des Princes”

The star will be reunited with Neymar in the French capital, where he’ll also play with Argentine teammate Angel Di Maria, as well as Kylian Mbappe and former foe Sergio Ramos.