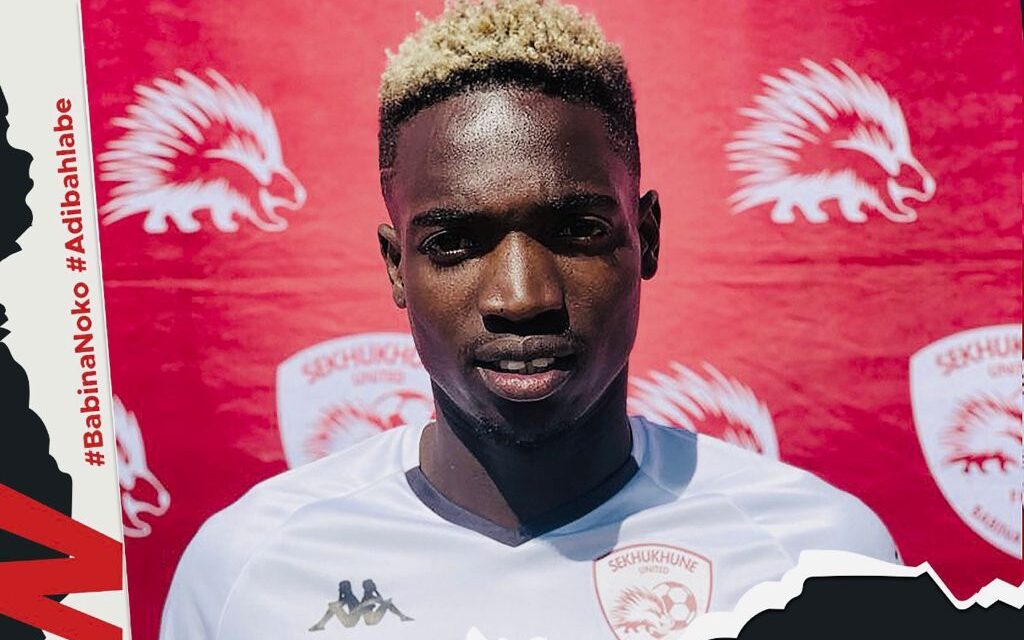 Recently-recruited Sekhukhune United midfielder Blessing Sarupinda is relishing the new challenge ahead of him at the DStv Premiership newcomers.

The 22-year old Aces Youth Academy graduate moved to the Kempton Park-based side from Harare giants CAPS United after impressing in national team colours at the Cosafa Cup in Port Elizabeth.

He has made a solemn to repay the faith shown in him by the ambitious side, who reportedly- beat two other teams for his signature.

“My ambitions in my new chapter are to help the club to achieve its goals and to showcase my hard work and appreciation to the Chairman of Sekhukhune United for believing in me,” he told Soccer24.

Asked if he was surprised by Sekhukhune’s interest after a splendid display at Cosafa for Zimbabwe, Sarupinda said: “You know t’s always an honour to represent your country so whenever you are afforded an opportunity you have to give it all, In that case, My Management Company M.sport Management lead by Michael Ngobeni, was already on the ground looking for some opportunities for me so they told me that some several clubs are following my games if I am not mistaken it was 3 clubs but Sekhukhune moved so quickly.”

“Yes, I feel like I am at home here at Sekhukhune United they gave me a warm welcome and all Zimbabwean players here are amazing,” he said.

When Katsande left Chiefs, Warriors star Khama Billiat penned a touching tribute to the midfield workhorse, saying he once protected him when they were together at Ajax and Sarupinda says he feels the same love from “Boss YaMboka”, as well as Kapini.

“Yes, Willard is like a big brother to me.  He is constantly encouraging me not to worry and work hard, but remember we have Tapuwa Kapini here as well he is a senior player here also he is amazing as well always interact with me,” he explained.