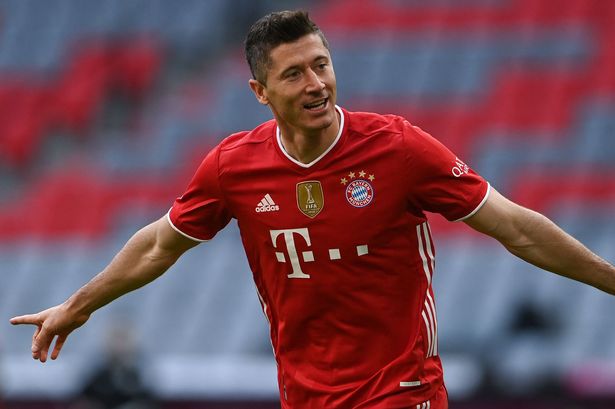 Robert Lewandowski has hinted at exiting Bayern Munich after revealing that he told the club he wants a new challenge elsewhere.

Lewandowski, who turns 33 on Saturday, wants to secure a move to another top European club before the age of 35.

According to Sky Sports reporter Paul Gilmour, Lewandowski has already informed the club that he would want to leave.

“Robert Lewandowski, one of the best in the world, the FIFA and UEFA Player of the Year,” Gilmour said on Sky Sports News.

“What we are being told is Robert Lewandowski wants a new challenge away from Bayern Munich.

“Let me just bring you some context on this, he turns 33 on Saturday, he has two years remaining of his Bayern Munich contract.

“It runs until June 2023, when he will be approaching his 35th birthday.

“What he feels, we are being told, is that when he gets to that stage it maybe difficult to find that new big European club.

“That’s the reasons for wanting this challenge but the problem is that, Bayern Munich have put a valuation of around £110m on him.

“It makes it very difficult for a potential buying club to come in and pay that kind of money.”

However, the German champions’ £100m ($137m) plus valuation may price him out of the move. His current contract will keep him at the club until the end of his contract in 2023.