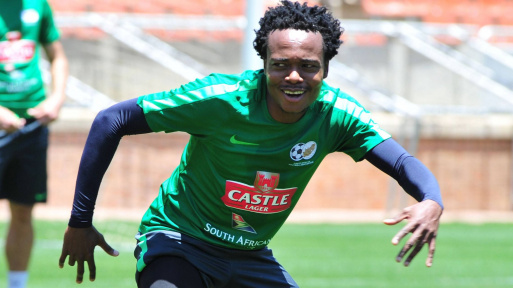 Bafana Bafana forward Percy Tau will be available for the game against Zimbabwe in the World Cup qualifiers next month.

The forward was included in the final 23-man squad for the trip to Harare on 3 September but his availability was cast into doubt following the English Premier League’s announcement that players from red-listed countries will not be released for international duty in the September window.

Both Zimbabwe and South Africa are on the list that contains the riskiest countries that have the potential to reimport the virus into the UK.

But it has now been revealed that Tau will not be affected by this move as he is no longer with English top-flight club Brighton and Hove.

“We sent an invitation to Brighton (requesting Tau’s release for international duty) and thirty minutes later, we had a response from them saying he is no longer their player.

“We looked for information and we know, at the moment, he is in Egypt negotiating the final details of his transfer.”

Tau will join Al Ahly in the coming days to reunite with coach Pitso Mosimane.

Meanwhile, Aston Villa midfielder Marvelous Nakamba will not form part of the Warriors squad due to the EPL’s stunt.