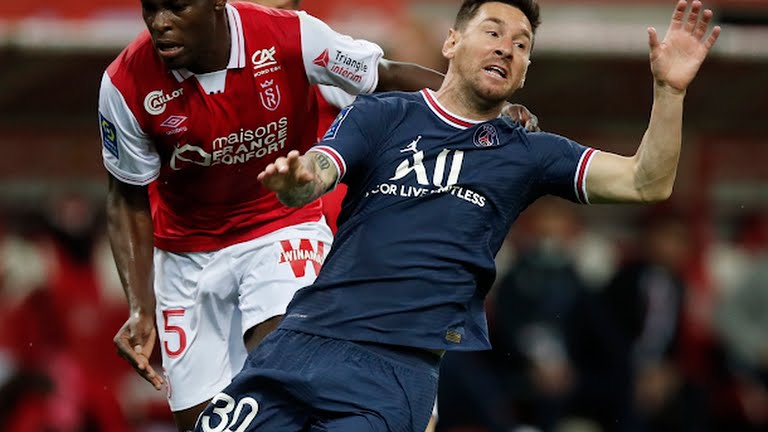 Lionel Messi made his debut for Paris Saint-German against Stade de Reims on Sunday, but the superstar was on the receiving end of a couple of rough challenges from Marshall Munetsi.

The Argentine came on as a 66th-minute replacement for Neymar, and Munetsi was assigned to man-mark him.

However, the six-time Ballon d’Or winner was fouled three times, and it was the Zimbabwean midfielder who was the culprit during both the take-ons and recoveries.

The Warriors star even hit him on the face in one incident, but luckily, he escaped without a booking.

PSG went on to win the match 2-0 courtesy of Kylian Mbappe’s brace, while Munetsi had a goal disallowed following VAR intervention.

The midfielder mopped in a rebound from a close range after Keylor Navas parried El Bilal Touré’s header onto his way just five minutes into the second half.

But after a review, it was found the striker was offside on the initial attempt, invalidating Munetsi’s goal.