By our own Munetsi, Messi was Marshalled in the eyes of the word 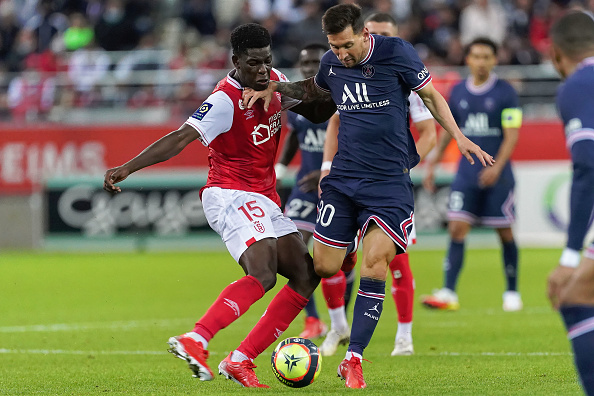 The eyes of the football world were last Sunday, glued to the Ligue 1 clash between Stade de Reims and Paris Saint-Germain at the Stade Auguste Delaune.

Mauricio Pochettino’s star-studded PSG were looking to continue with their impressive start to the season but there was no doubt, that the build up to the clash was dominated by discussions around one man- Lionel Messi.

The Argentine ace had not made his eagerly-awaited debut for PSG, since making his historic move from FC Barcelona, which many people still trying to come to terms with.

That game was the most-watched Ligue 1 match in Spanish history with an audience totalling 6,734,000 viewers, a development propelled by the purchase of TV rights to Ligue 1 in Spain by Messi’s former Barcelona teammate Gerrard Pique, through his company Kosmos Holding.

It was an extravaganza on its own and remarkably, Zimbabwe found herself in the limelight.

In the Reims starting eleven was Warriors midfielder Marshall Nyasha Munetsi, a boy from Mabvuku who less than five years ago was not even playing top-flight football.

Munetsi’s praiseworthy rise to stardom is an inspiration to many young footballers, but despite all the success he has enjoyed in the last few years, never would he have imagined he would be tasked to man-mark Leo Messi, with literally the whole world watching.

The Argentina captain is of the best players ever to kick a football. In fact, some even believe he is the greatest, but that’s a debate for another day, possibly over a drink, when government green-lights the opening of night clubs.

Munetsi played a blinder in the first half of the entertaining clash and was very unlucky to not have cancelled out Kylian Mbappe’s early opener, when he bundled the ball over Keylor Navas’ goalline, only for his celebration to be cut-short, as VAR ruled out the goal for offside.

Anyone who watched the game would attest to the fact that Munetsi was brilliant, even before Messi replaced Neymar just after the hour mark and what a welcome to the French Ligue the six-time World Player of the Year was given by the Zimbabwean midfielder.

Munetsi made sure Messi’s debut would not be a memorable one.

He (Messi) was fouled three times, and it was the Zimbabwean midfielder who was the culprit during both the take-ons and recoveries.

The Warriors star even hit him on the face in one incident, but luckily, he escaped without a booking.

Anyone who has watched football for the past 15 years will testify how many celebrated defenders and midfielders have tried and failed to man-mark Messi in LaLiga and the Champions League.

Munetsi did well- he was not necessarily impressive in marking the Argentine superstar, but he was effective.