Alec Mudimu will be available for the Warriors’ upcoming World Cup qualifying games.

The 26-year-old, who is now based in Georgia, Eastern Europe, is among a couple of regular players in the national team that will come for the games after several stars pulled out of the squad due coronavirus travel restrictions. 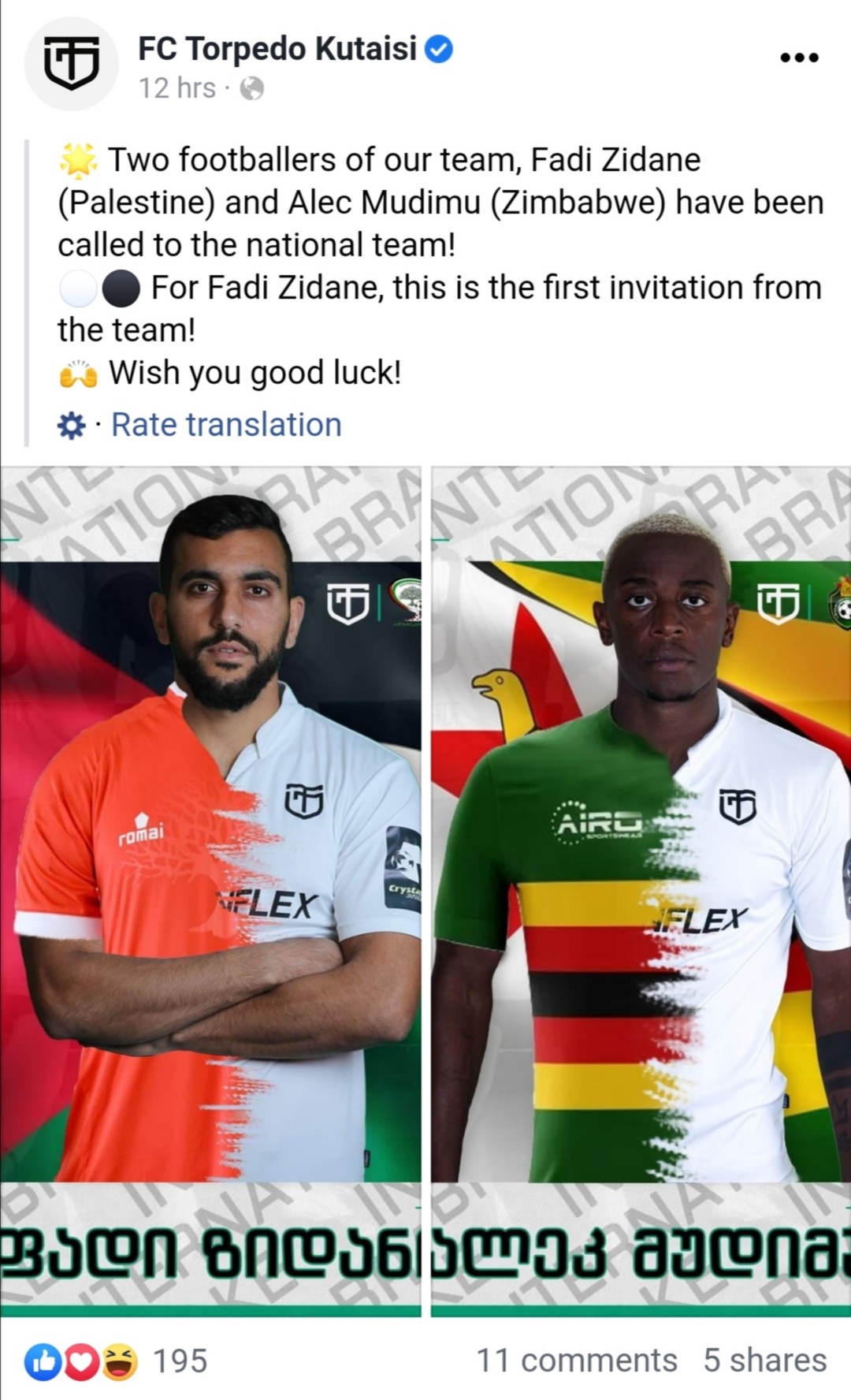 Other players expected to come for the games include France-based pair of Tinotenda Kadewere and Marshall Munetsi, captain Knowledge Musona and Khama Billiat.