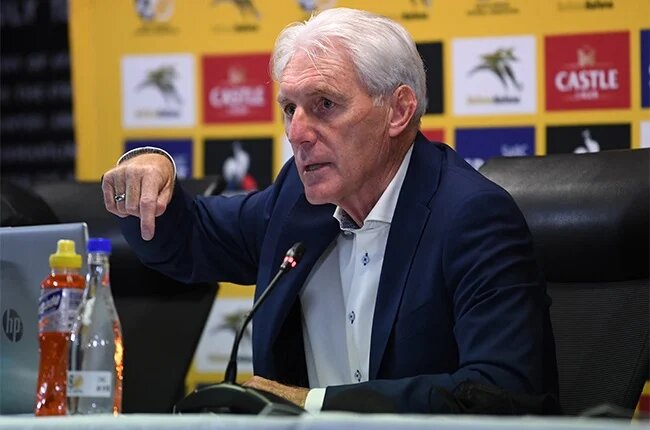 Bafana Bafana head coach Hugo Broos says he was surprised by the perfect condition of the National Sports Stadium pitch.

The Harare venue will host the 2022 FIFA World Cup qualifier against the Warriors this afternoon.

Speaking to the press in the capital on Thursday, Broos feared that the pitch might not be up to the desired standards, having watched previous games played at the stadium.

“First of all, I am surprised by the pitch,” the gaffer said. “I saw a few games of Zimbabwe from the past, and the pitch was very bad, but now it is fantastic. I am happy about that.”

On their opponents’ squad, Bross said: “A few weeks ago when we started preparing the team for this important match, we knew that it was going to be a tough game and today is not only tough, but it is also risky.

“It is risky because we know that Zimbabwe at the moment has problems with the release of players, and that means some of their important players won’t be here for this match.”

Kick-off for the match is at 3 pm, and no fans will be allowed in and around the stadium.