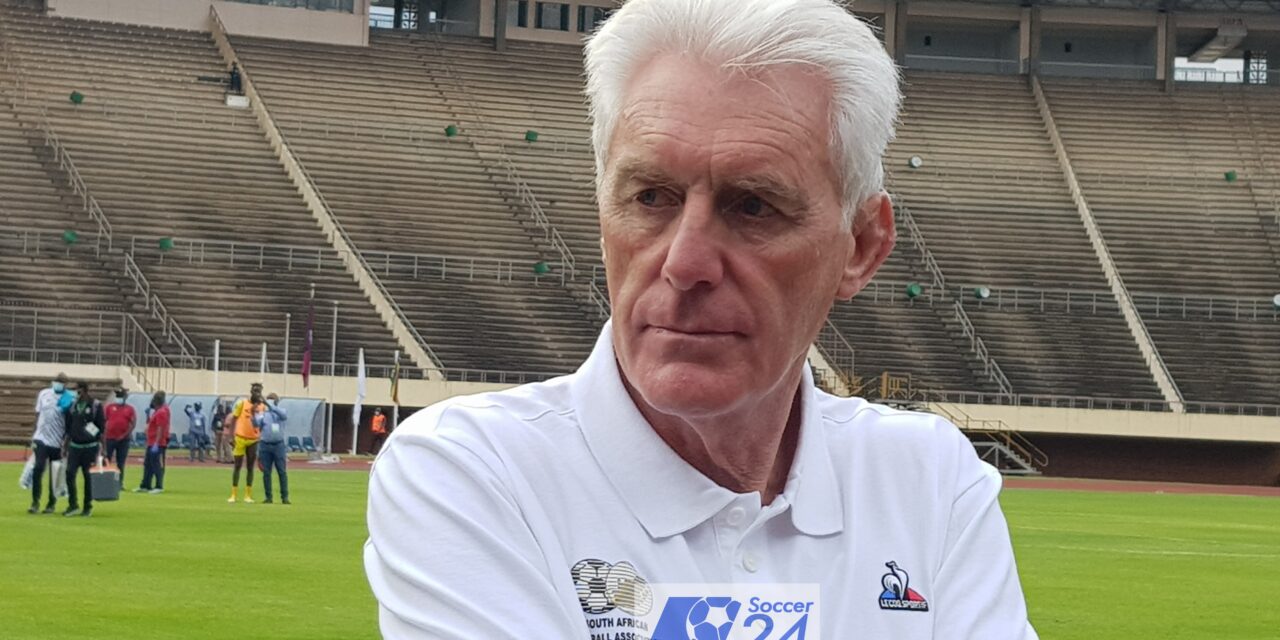 Bafana Bafana coach Hugo Broos says he is happy with today’s goalless draw against Zimbabwe and its a fair result.

The two neighbors could not be separated in a World Cup qualifier Group G clash and had to settle for a share of spoils.

Broos believes it was a good result as both teams did not do enough to win the game.

“I’m happy with a draw today because none of the two teams had the chances to win the game. Both teams had a few chances but not more than that,” the Belgian tactician told the media after the game.

“I’m happy with a point, I said that before the game. We could have gotten something out of today but okay, the game is 0-0,” added Broos.