Action as it happened: WCQ – Zimbabwe vs South Africa 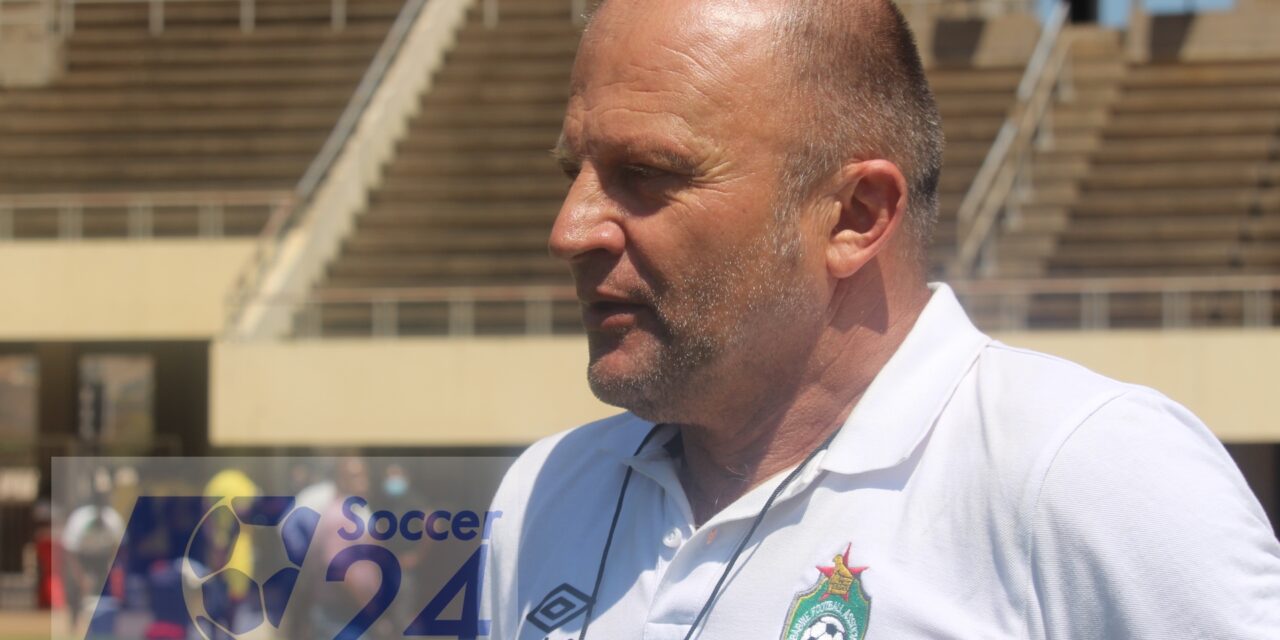 Follow our live coverage of the 2022 FIFA World Cup Qualifiers, 2nd Round – Group G encounter between Zimbabwe and South Africa.

83′ Freekick to Zim from some 35 yards out, Musona takes at goal but misses the target.

70′ Munetsi the most visible player on Zim. The midfielder has won several balls on his own as he marshals the midfield.

66′ Chimwemwe saves the day as he clears the ball off the line. A well timed clearance after Shumba’s blunder.

62′ Big Chance for Zim. Musona’s cornerkick is headed on the goal by BHasera but it’s blocked, Mudimu pounces on a rebound but again, SA clear their lines.

53′ Yellow Card to Musona for a professional foul.

50′ Kadewere breaks free in front of the goal but Williams comes out and clears a dangerous through ball target for the striker.

49′ Shumba almost gave away the ball inside the box after receiving a back pass from Mudimu.

Referee blows for the end of the first half and it’s goalless at the break.

44′ Morena switches play to Tau on the left flank who tries a cross but takes a deflection on Mudimu and Shumpa collects the ball with ease .

42′ Zim losing their momentum as they fail to maintain possession while transitioning.

38′ Singh turns Lunga in and out before trying a cross. Shumba comes off his line and collects the ball.

35′ Musona beats his markers before cutting the ball into the box but there are no takers.

33′ Munetsi tries again from the range but his strike is deflected for a cornerkick. Set-piece taken but SA clear the danger.

33′ Zim turning up the heat as they start to come out from their shells with some quick attacks.

31′ Munetsi tries from a range but his shot goes wide.

30′ Big Chance for Khama who gets the ball inside the box and shoots at goal. Williams outstretches to parry the ball for a cornerkick.

25′ Mahachi gets the space and tries from a range, his shot, however, goes way wide.

23′ Khama dances his way into SA box, but is eventually blocked. Mahachi picks the ball and tries a cross but SA clear the danger.

17′ Big Save!!! Shumba goes airborne to tip away a dangerous long range strike from Mokoena.

15′ Tino Kadewere breaks away but fails to reach for the through ball first, Williams collects.

14′ Freekick to SA after Chimwemwe fouls Links in Bafana half.

12′ SA now dominating the pace, as they keep on probing on Zim’s end.

8′ SA gets the first cornerkick of the game and it’s played short. Chance!!!! Makgopa’s header, off Mokoena’s cross goes over.

5′ Slow start on both sides are yet to create meaningful chance.

1′ Zimbabwe gets the game underway, playing in yellow jerseys while Bafana are wearing all green.