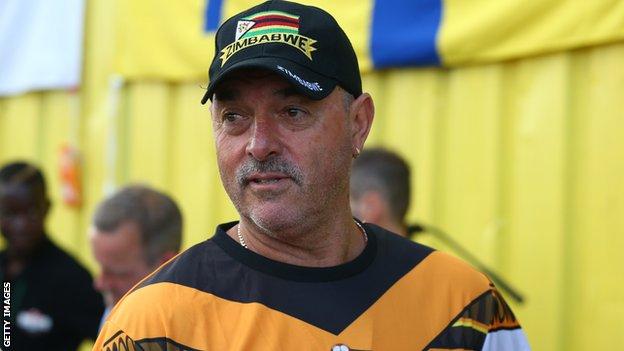 Former Warriors goalkeeper and legend Bruce Grobbelaar says he is willing to help ZIFA lure the foreign-born players dotted around the world, but he can do that if he gets the obligation.

The national association has been trying to convince several players with Zimbabwean roots to switch their allegiance and play for the Warriors. Only a few have so far agreed, while it’s taking longer to persuade others.

Speaking with Alois Bunjira on the Intouch With Legends show, Grobbelaar explained what he needs to help lure these stars.

He said: “If I have anything to do with the Zimbabwean national team, then I will directly go there and ask them myself.

“But if I don’t have anything to do with Zimbabwe (national team), it’s not my place.

“You see, there is a fine line. I have always said that I have got one more dance with the Warriors because this group of players is the most talented since the Dream Team.

“And if you can get this team together and nurture them and even the ones on the fringe like the Nelsons, and if I’m involved in the Zimbabwe National side, I will make sure that I go to them and get their approval to come.

“Because they (the players) are going to get a fantastic way to international football if I can help it.”

Grobbelaar added that ZIFA would also need to put its house in order first to set up a winning national team.

“If the administration is at the low key, you are not going to get anywhere in football,” the 63-year old said.

“Your administration must be at the highest level with the right people of integrity, the people that do not take the money for themselves.

“They know where the money has come from, they get a salary. Leave the money that comes from FIFA for the players, the team and their travel.”