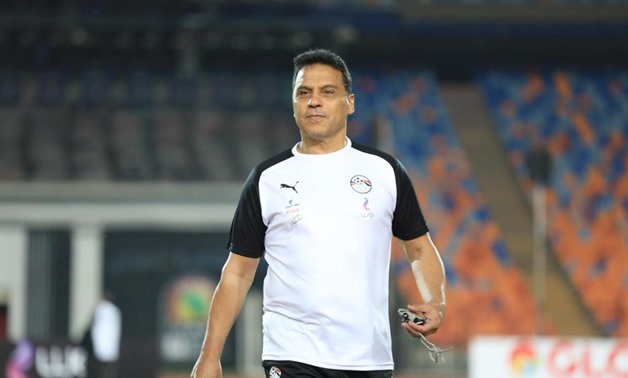 The Egyptian FA has sacked Hossam El-Badry as the national team head coach.

El-Badry never lost a game during his two-year spell at the helm, winning five matches and drew four.

However, the performance in the current World Cup Qualifiers saw him dismissed despite the impressive overall record. The Pharoahs started the campaign with a home 1-0 victory against Angola but struggled to a 1-1 draw in Gabon in their second match on Sunday.

The recent result was not well received back home and this forced the association to dissolve the whole technical team with the aim of starting afresh.

A statement by the FA reads: “The Egyptian Football Association would like to thank Hossam El-Badry and his technical staff for the work they have done for the national team.

“We wish them good luck and fortune in their future career. And the EFA will decide the new technical staff for the national team during the next 48 hours.”