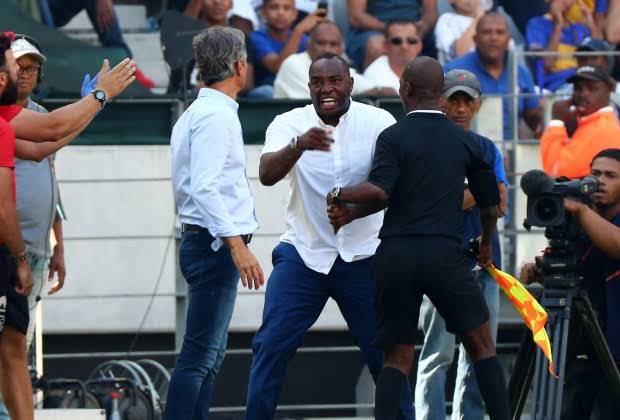 Benni McCarthy’s arrival at AmaZulu last season was met with wild cheers by those affiliated to the club.

His arrival catapulted the Durban-based side from relegation candidates to league title contenders in a remarkable five months.

They eventually finished second behind Mamelodi Sundowns and McCarthy was deservedly-named coach of the season.

Despite all that success last season, things have not gone well him this campaign.

In a season they were expected to show their title credentials in the DStv Premiership and do well in the CAF Champions League, Usuthu have fired blanks in both competitions.

So misfiring have been Benni’s charges that they have scored just one goal in the last five matches in all competitions.

In fact, prior to yesterday’s goalless draw with SuperSport United, Usuthu had won only one of their last eight matches.

They have won none of their opening three league games and are 15th of the 16-team table.

The sudden change of fortunes have left McCarthy frustrated.

He described his troops’ 0-1 home loss to Kalisto Pasuwa’s Nyasa Big Bullets in the Champions League as a ‘horror show’.

An incensed Benni even shouted “shut up you” to a celebrating Bullets player during the coach’s post-match interview.

In yesterday’s draw with SuperSport, Benni had a heated exchange of words with Zimbabwean coach.

“You have lost every bit of respect I had for you. That’s why you are broke,” McCarthy could be heard yelling at Tembo.

He even blamed the match officials for the goalless stalemate.