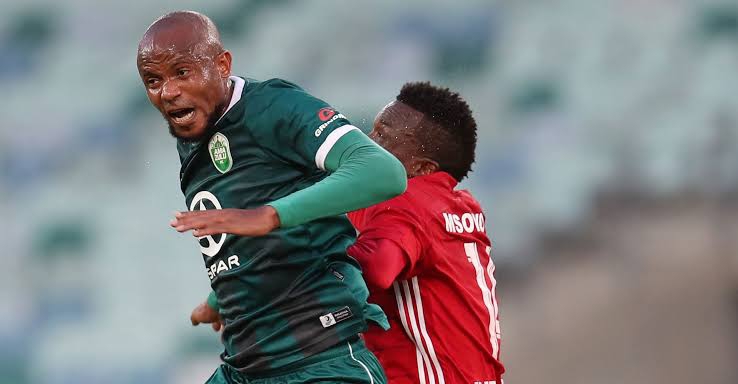 Zimbabwean tactician Kalisto Pasuwa’s Malawian side Nyasa Big Bullets have crashed out of the CAF Champions League after losing 1-3 (2-3) on aggregate, to Benni McCarthy’s AmaZulu in Lilongwe on Saturday.

Bullets went into the crunch encounter needing just a draw to progress to the second round after their impressive 1-0 in Durban in the first leg.

It was however the visitors who were dominant in the first half  and they raced to a 2-0 lead, through a Bongi Ntuli’s quick-fire brace, the first of the two being a 4th minute penalty.

Ntuli netted his and Usuthu’s second in the 11th minute as McCarthy’s men got to a dream start in enemy territory.

2-0 it was at the half time interval.

Four minutes after the restart, Bullets pulled one back- Henry Kabichi’s well-taken free kick finding the back of the net, providing a glimmer of hope for the Malawians.

Siphelele Mthembu nailed the final nail on the Bullets coffin with the third goal in the 59th minute.

Bullets tried to fight back but the damage had already been done.

Usuthu progress to the second round.