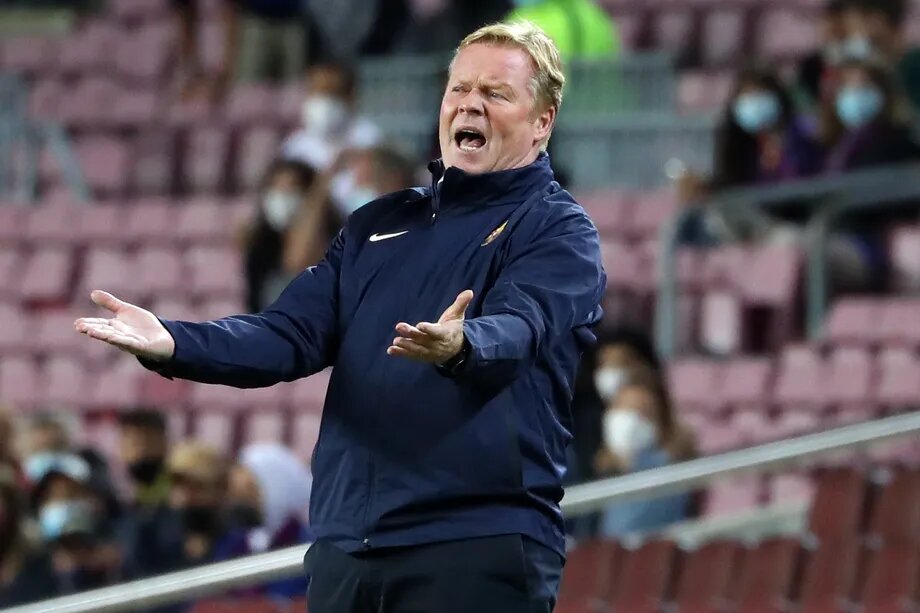 Barcelona coach Ronald Koeman refused to take questions during a pre-match press conference and only read a statement before leaving the press room on Wednesday.

The gaffer has come under pressure in recent weeks due to poor results, raising speculation about his future. He suffered a 3-0 thrashing at home to Bayern Munich in the Champions League and followed with a surprise 1-1 draw at home to Granada in LaLiga.

Reading from the statement, Koeman said he still has the backing of the club and will continue leading the team through a ‘period of transition’.

“The club is with me in this period of reconstruction. We have to reconstruct the team as a squad without making big investments, and this takes time,” he said.

“The young talents we have can become world stars in a couple of years. The young players will have opportunities, just as Xavi and (Andres) Iniesta had in their day, but we ask for patience.

“Finishing high in the table would be a success on its own, and in the Champions League, we cannot expect miracles. The defeat against Bayern should be taken with perspective. The team should be supported, with words and with actions.”

Barcelona will face Cadiz in the league on Thursday.