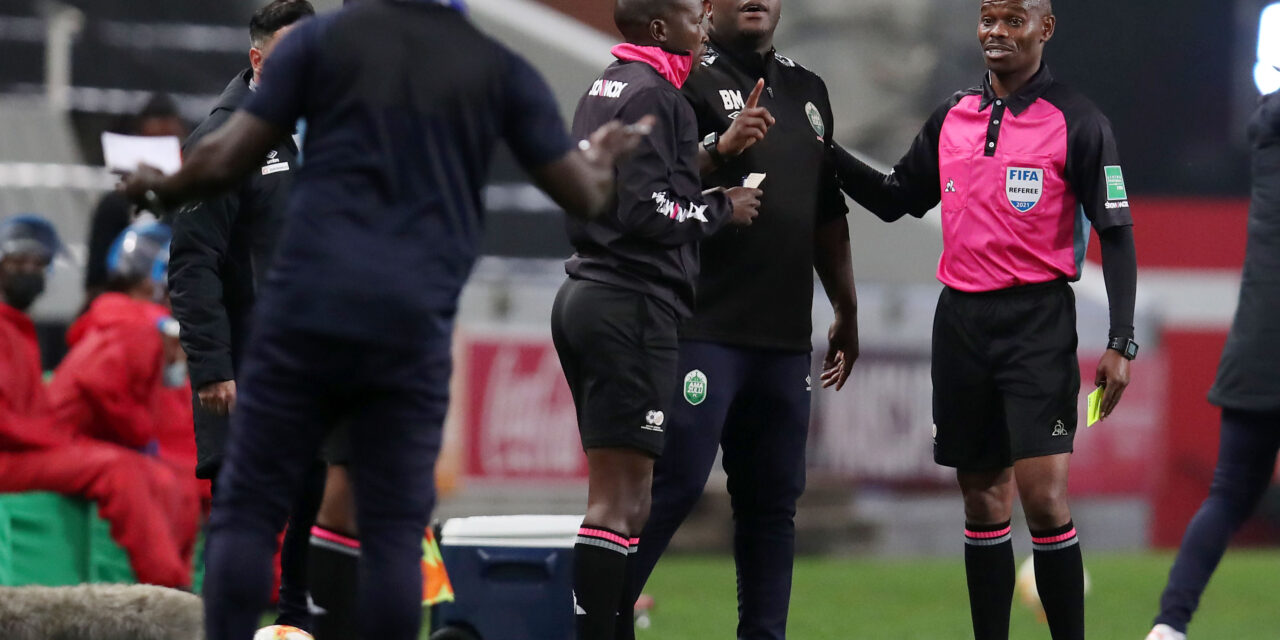 AmaZulu coach Benni McCarthy has shared his side of the story as to what really happened between him and Kaitano Tembo, during the two coaches’ nasty and heated exchange on the touchline last week.

The Usuthu coach was caught on camera calling his SuperSport United counterpart “broke” during the two sides’ goalless draw in the DStv Premiership.

McCarthy said he was provoked by Tembo, that is why he reacted the way he did, to stand up for himself.

“The SuperSport bench was putting a lot of pressure on the referee. When they started doing this, we were told to sit down but it’s okay for the opposition to do it,” he said on Metro FM’s Ultimate Sports Show.

“Then I said to the opposition coach, ‘you can’t tell us to sit down when you guys are doing the same thing and you are pressing the referee for every decision to go your way and it’s okay we must sit back. Now we are also going to press him.’

“Then I was told to shut up you c***. For me, that was the ultimate [provocation]. Someone calls me a c*** which I’m definitely not. If someone calls me that, now it’s not about football, you are attacking the individual.

“Of course I have every single right to stand up for myself and that’s exactly what I did. I am not going to be bullied by a coach or anyone else. People who know me, know that is the mother of all insults. I will never do wrong to anyone if you don’t do me wrong first.”

Continued McCarthy: “I stand up for myself and I am now made to be the villain, I’m the bad guy. And the person who started all this whole saga is the one in good light being called, ‘oh what a fantastic guy, what a marvelous coach, what a good example this and that.’ What example? You are not an example if you call me what you did.

“I don’t care if I lose all the respect from people because I stand up for myself.”