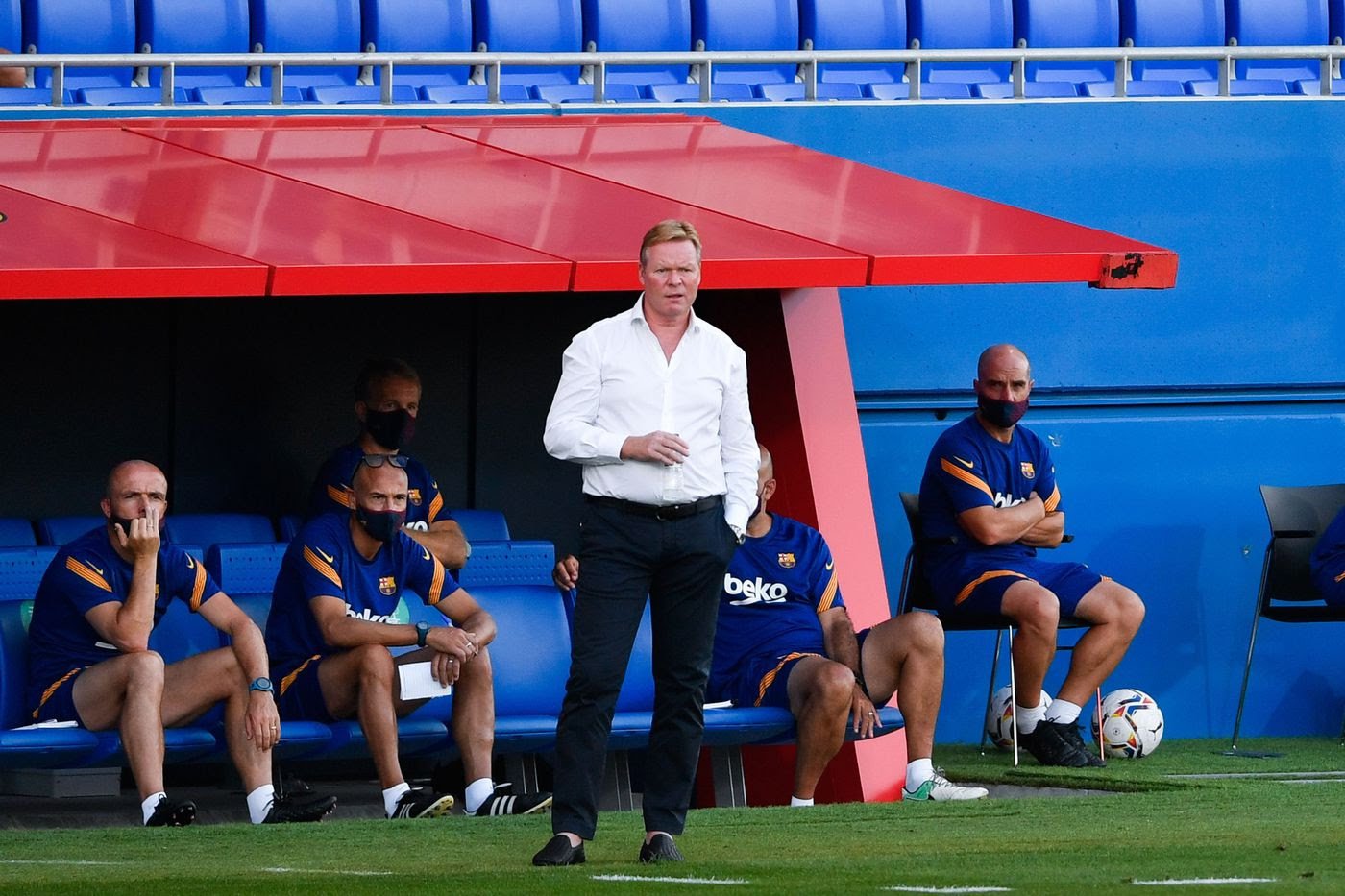 FC Barcelona’s woes continue, after they were held to a disappointing goalless draw away at Cadiz last night, a situation which has put coach Ronald Koeman under scrutiny yet again.

The Catalan giants have not won a game in September- they were demolished 0-3 by Bayern Munich in Champions League, drew 1-1 with Granada before last night’s goalless stalemate.

They have won only two of their opening five matches in the 2021/22 LaLiga season.

Koeman, for the umpteenth time, bemoaned ‘poor  officiating’ after him and midfielder Frenkie de Jong were sent off in the second half.

Reports in Spain suggest that the Dutchman’s job is hanging by a thread, with club former midfielder Xavi, believed to be the favourite to replace Koeman, should he be shown the exit door.