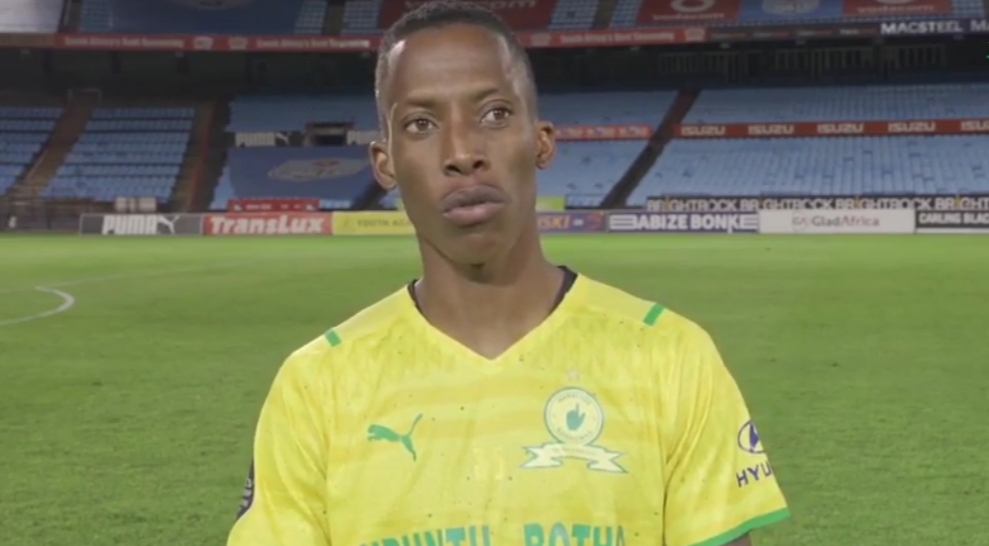 Warriors defender Divine Lunga has credited the Mamelodi Sundowns technical team for pushing him to do well in the Brazilians’ 3-0 victory over Swallows and promised to keep on trying, so as to improve.

The gifted 26-year old left back, who had a slow start to life in the South African capital after his move from Golden Arrows, was named man of the match in the win over Swallows.

He believes the encouragement he got from the coaches after a sluggish start to the game, proved decisive.

“I didn’t have much confidence in the first half, and then the coaches told me to push up and have more confidence and that helped me a lot,” he told the club’s website.

“In the first 20 minutes, I wasn’t me and then I started gelling with others. At half time, when we went to the dressing room, they (the coaches) addressed me again and said, Devine, you are getting there. In the second half, I started passing the ball more.”

“I have to improve my confidence at training so that when I come to the game it will be easy for me, because its not every time when the coaches will be there to help me gain my confidence, sometimes I have to do it by myself,” he added.

The Zimbabwe international admitted he was a bit surprised by being named man of the match after not doing so well in the first half.

“With my first half performance, I didn’t expect it, when they called me to say I was the man of the match, I was shocked. Its a big journey that I have to go and I think I have keep on pushing and do more things so that I can help the team,” he said.

“I don’t like to promise much, but  what I can say is I will do my best. I will try to do my best in every game that I get.”