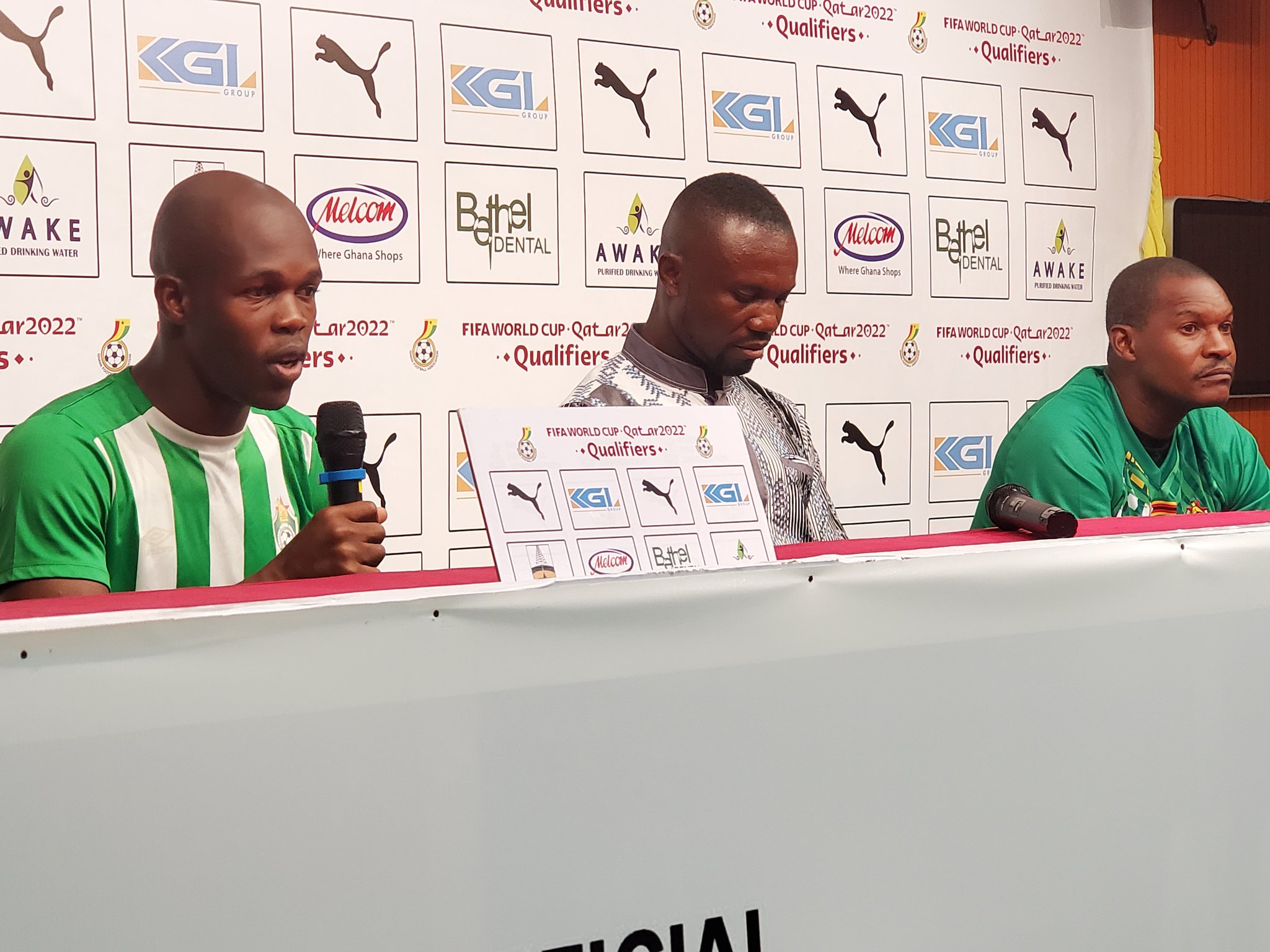 The eyes of the local football fraternity will be firmly on the Cape Coast Stadium this evening, for what promises to be a blockbuster World Cup qualifier between Ghana and Zimbabwe.

Gabonese referee Atcho Pierre Ghislain’s whistle will start what might be best described as a war, of two wounded teams looking to bounce back from disapointing defeats and revive their qualifying campaign, at 18:00 C.A.T.

The City of Cape Coast is about 150km from the West African country’s capital Accra, with 4000 fans expected at the venue, after CAF gave the go-ahead for an improved crowd at the 15 000 seater facility.

Ghana lost 0-1 to South Africa while Zimbabwe were beaten by the same scoreline by Ethiopia in Bahir Dar, results which resulted in the sacking of coaches CK Akonnor and Zdravko Logarusic respectively.

Interestingly, both coaches are not new in their respective dugouts- Milo is the coach whose fairytale run in the FIFA World Cup in South Africa in 2010 is still fresh in the minds of all football-loving Ghanaians.

Mapeza was last in charge of Zimbabwe in 2017, when he masterminded an impressive 3-0 demolition of Liberia at the National Sports Stadium, laying a platform in process, for what would be successful AFCON 2019 qualifying  campaign.

Today’s clash has the ingredients for a thriller.

Both sides will be mindful of the fact that a defeat will all but seal their fate, as far as qualification for the global showpiece in Qatar is concerned.

Zimbabwe anchor Group G on a single point, while second-placed Ghana are tied on three points with third-placed Ethiopia, while table-topping South Africa have four points.

A defeat for the Warriors this evening will further dent their already fading hopes of booking a place  at the finals for the first time in the country’s history.

Build-up to the match had been somewhat smooth in the last few days, until Warriors team manager Wellington Mpandare complained of the “”unacceptable” condition of the pitch at the training facility given to Mapeza’s troops to formulate their strategy for the mouth-watering showdown.

Mpandare’s words were echoed by Mapeza, who boldly-stated that the Ghana Football Association ought to have done better in that regard.

“We are ready for the game, but our only disappointment is how our training ground here was not in good shape. A big football nation like Ghana, we expected something better,” the coach said yesterday.

Mapeza also believes that the shocking results witnessed in the qualifiers days are go, particularly Nigeria’s 0-1 loss to the Central African Republic, portray a vivid picture of no small teams still existing on the content.

“Every team is beatable, looking at how smaller teams are winning against the big teams, so it’s possible to beat Ghana,” he said.

Mapeza’s counterpart Milo, is hoping that misfiring Crystal Palace forward Jordan Ayew will end his goal-drought against the Warriors.

“This problem (of not scoring goals), is common among goal scorers. Sometimes, they have problems finding the back of the net and it is a difficult period for strikers in this time. However, we are here to support him, it is important for him to have our support,” the Serb said.

“He knows this is a team game and it is important he contributes by scoring goals or providing assists but we hope his goal drought will end tomorrow,” he added.

Battle lines have been drawn!