How Marvellous would it have been for Munetsi to Marshall the midfield and spoil the Partey? 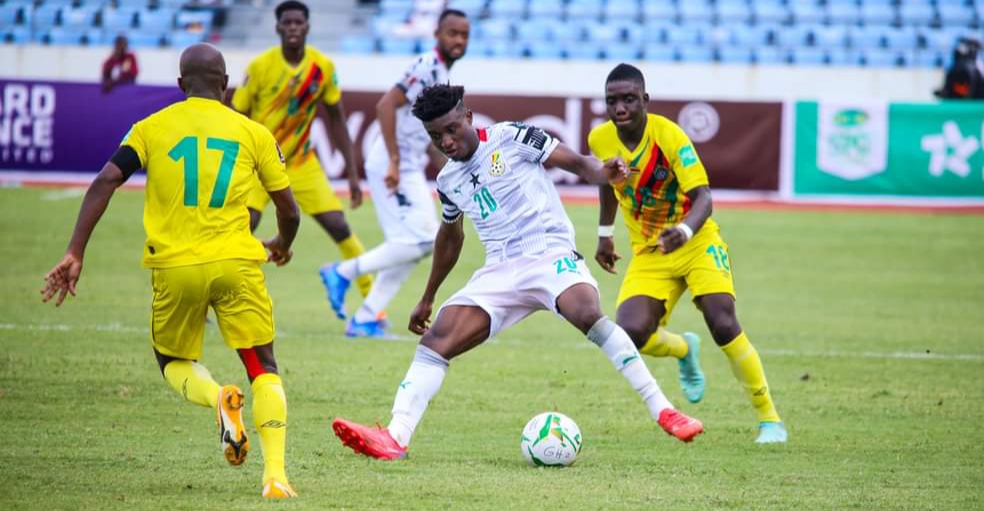 When the Warriors starting eleven for yesterday evening’s blockbuster World Cup qualifier against Ghana was announced, there were many unclear aspects about it.

Interim coach Norman Mapeza named a make-shift central defence for the Cape Coast Stadium showdown, much to the surprise of many in the local football fraternity.

United States-based Teenage Hadebe, regarded by many as the best central defender and the pillar of the Warriors backline, was not included in the starting eleven.

Equally-surprising was the exclusion of in-form Brendan Galloway, who has now been converted to a central defender at his club, League 1 side Plymouth Argyle and doing a great job for Ryan Lowe’s charges.

Mapeza opted for Marshall Munetsi in the heart of defence, alongside FC Platinum’s Kelvin Madzongwe, while Onismor Bhasera played at left back, with Tendayi Darikwa operating at right back.

In midfield, Marvellous Nakamba partnered Thabani Kamusoko  in the engine room, with Perfect Chikwende and Jordan Zemura joining them in the middle of the park but operating on the flanks.

Captain Knowledge Musona and Knox Mutizwa were tasked to get the goals for Zimbabwe, in what appeared to be a 4-4-2 setup.

The exclusion of Hadebe was a big surprise despite Munetsi reliably standing his ground in central defence, and so did Madzongwe but it was in midfield, where the presence of Stade de Reims man could have made the difference.

Nakamba had quiet game, and the defence looked exposed in many instances, resulting in the frustration of goalkeeper Washington Arubi at times.

The presence of Munetsi in the middle of the park would have made a huge difference and Thomas Partey was not going to have the field day he had in front of 4000 spectators.

Hadebe ought to have started in defence so that Munetsi does what he does best, which is winning midfield battles but well, the coach saw it otherwise.

How Marvellous would it have been for Munetsi to Marshall the midfield and spoil the Partey?