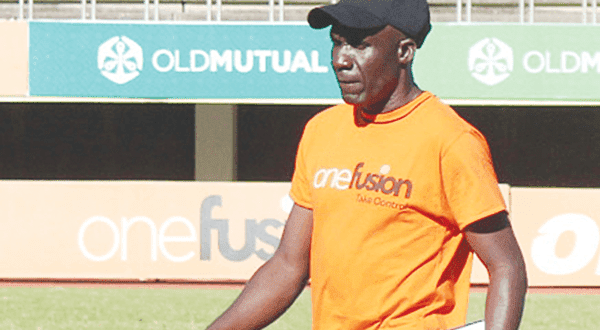 CAPS United coach Darlington Dodo believes his team should have been awarded one or two penalties in their 1-1 draw in the Harare Derby on Sunday.

The Green Machine needed a victory against Dynamos to keep their chances of progressing to the quarterfinal round of the Chibuku Super Cup but the result dumped them out of the competition.

Speaking to the press after the match, Dodo said: “I still feel we have one or two penalty appeals which probably could have changed the complexion of the game.

“Unfortunately, some decisions are not bound to come your way because you are not in control of the situation.”

The gaffer also explained how internal squabbles affected their preparations for the Derby as players refused to train in protest over salaries.

He added: “It’s really unfortunate because if you look at how these boys responded to the few days that we trained for this match, we dominated Dynamos in most parts of the game.

“The pressure is always there, but we sat down with the boys and agreed on what we wanted to do. We wanted to turn things around because, after whatever happened during the course of the week, we regrouped.”