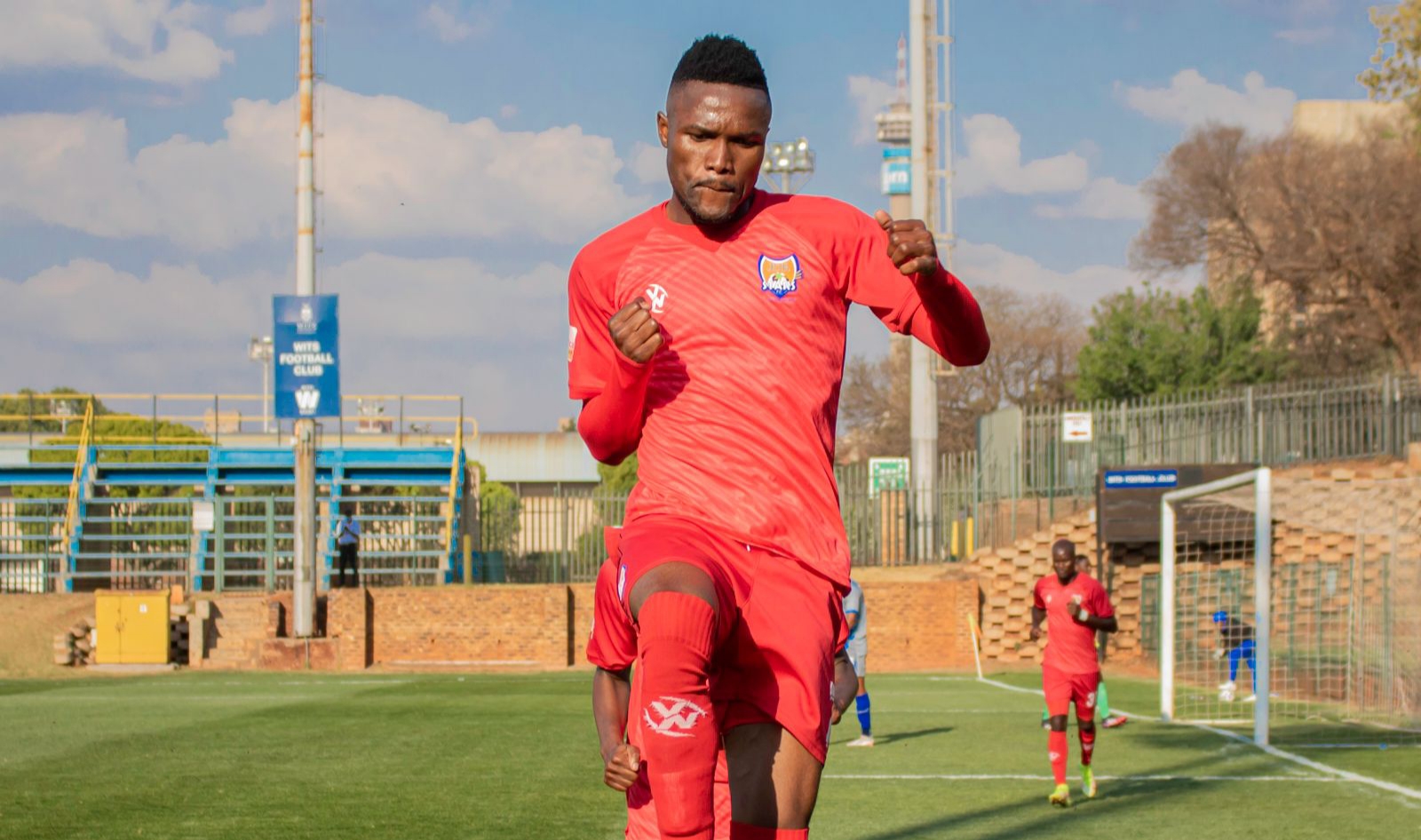 The exclusion of Ishmael Wadi from the Warriors squad for the 20th edition of the COSAFA Cup in July, triggered outcry within the local football fraternity.

Many felt the lanky striker’s goal-scoring exploits for Harare giants CAPS United in the Chibuku Super Cup before top-flight football was temporarily suspended due to the Covid-19 pandemic, earned him a place in former coach Zdravko Logarusic’s squad but the Croat didn’t see it that way.

Fortunately for the 28-year old, at least someone else was watching when he netted four goals for Makepekepe, as he was invited for a 2-weeks trial stint at Glad Africa Championship side JDR Stars.

He impressed, passed and was signed.

His start to life at the Pretoria-based outfit has been somewhat a dream.

Wadi has scored an impressive six goals for the Hammer Boys and is propelling their quest for promotion into the DStv Premiership.

His solitary strike, which fired Stars past Black Leopards yesterday meant that he is the first player in the division this season, to score in four consecutive league games.

So what is the secret behind him settling fast and scoring for fun?

“I really want to thank the technical team at JDR Stars, its them who are making it so easy to maintain this form, that’s my secret,” he told Soccer24.

Reports across the Limpopo indicate that a few Gauteng-based DStv Premiership clubs are keeping a close eye on him but the soft-spoken striker is keeping a cool head amid that despite the interest delighting him.

“To be honest with you, I’m very happy that my hard work is being recognized somewhere but I’m at JDR (Stars) now and I’m happy there,” he said.

The former Harare City man was part of the Warriors side which played South Africa and Ethiopia and he still wants to wear the gold and green strip in future, another reason to work even harder.

He hopes to top the goal-scoring chart in the South African second tier and help his side gain promotion into the DStv Premiership.

“My first ambition is to help JDR get promoted and of course, to be top goal scorer,” said Wadi.