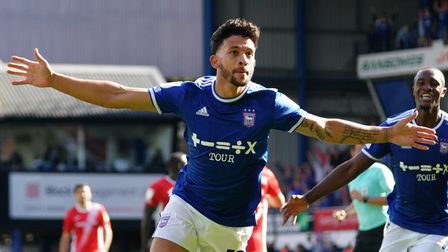 Warriors team manager Wellington Mpandare says they are still keen on including Macauley Bonne in the national squad despite the striker’s repeated snubs to the national team call-ups.

The 25-year old UK-born star got his Zimbabwean passport last year but has always ignored calls to come and represent the Warriors.

Coach Norman Mapeza excluded the 25-year-old in his selection to face Ghana in last month, but promised to engage the player about his future with the national team.

Speaking to the Herald, Mpandare said: “Bonne is a player that every other Warriors coach had wanted to have in his team. Callisto Pasuwa tried to woo him but he didn’t succeed in getting him,’’ said Mpandare.

“Then there was Sunday Chidzambwa, Joey Antipas, (Zdravko) Loga.

‘’Now that we have a new coach, if Mapeza also indicates he wants him, then the ball again is in the player’s court.

“Of course, we understand he has faced challenges in the past but every time we put the invitation through to him we are always hopeful.”

Zimbabwe will return to action next month when they wrap up their World Cup Qualifiers against South Africa and Ethiopia.