Nakamba singled out for praise despite Villa defeat 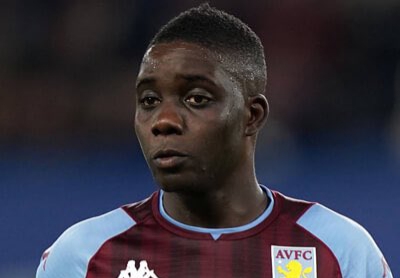 Warriors and Aston Villa star Marvellous Nakamba has been showered with praise despite the Claret and Blue losing to West Ham in the Premier League last night.

The 27-year old started only for the second time in the league this season for the Dean Smith-coached side, and put up a decent display despite them losing 1-4.

Nakamba showed great determination and fought for every ball despite it not being the best of days for the Birmingham-based side and his efforts did not go unnoticed.

“In for his first Premier League start since the opening day and nipped in well a few times to win it off the likes of Fornals and Soucek. Nakamba got the crowd going in the second half as he stormed into navy shirts, winning the ball as he did. The Zimbabwean was on the wrong end of a reckless Fornals challenge. He did OK, though, and tried to get the crowd going but Villa were well-beaten,” wrote club writer Ashley Preece after the game.

Nakamba singled out for praise despite Villa defeat