Are Warriors fans starting to neglect the team? 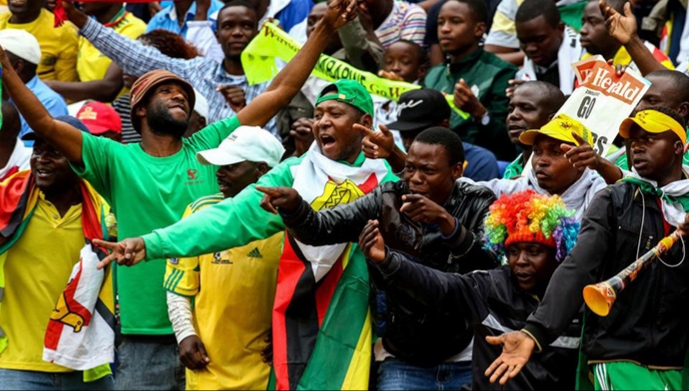 The Warriors of Zimbabwe’s disappointing run in the 2022 World Cup qualifying campaign has not had an effect on their FIFA rankings alone but also the chemistry between the team and its ever-demanding faithful.

When the campaign started, it was filled with hope that qualification for the global spectacle, which has evaded Zimbabwe since independence in 1980, might finally be achieved.

The general consensus when the Warriors were drawn against Ghana, South Africa and Ethiopia in Group G, was that it was a reasonable group in which everyone had the chance to top it.

Bafana Bafana had just embarked on a rebuilding exercise after failing to qualify for AFCON 2021, while Ghana were so chaotic that referring to them as a ‘powerhouse in African football’, was just a sympathetic title based on history and not current status.

Zimbabwe started the Road to Qatar at the National Sports Stadium in September, against what was perceived to be a weak and experimental Bafana Bafana side.

The two neighbors played out a dull goalless draw, which many felt was a lost chance to set the pace in the long marathon.

Incredibly, since that stalemate, Hugo Broos’ charges have won all their four games and are favorites to progress to the last round of qualifying.

The Warriors are, heading into this afternoon’s dead rubber against Ethiopia, a massive 12 points adrift of South Africa.

Normally, Warriors fans endure anything when it comes to their loyalty to the team not being tested but this nightmarish campaign appears to be now saying otherwise.

Obert Matadi, a Harare-based Warriors fan, admits the love he has for the team is disappearing.

“We are slowly-losing love for the Warriors. They always disappoint whenever you expect something positive from them. They don’t play attacking football anymore, they always make gross errors which cost the team,” bemoaned Matadi.

“Off the pitch, it’s the same, the management is not organized. During the 2022 world cup qualifiers after the game in Ghana, Ghana was the first to arrive in the country showing that we are not organized. The love for the team has vanished away in the air. We no longer care at all,” he said.

Matadi believes the only way to solve what he described as a ‘crisis’, is to start afresh.

“I think we need to press the reset button. With the elections due next year, it’s high time we start from zero and start building from the grassroots. We need a change in administration. We need competent people who can effectively manage ZIFA.”

“On the pitch, we need proper coaching structures. We also need to give the youth a chance. It’s very painful when in 2021 we are still having players like Washington Arubi, Bruce Kangwa, Bhasera in the national team when there are a lot of better and young players,” he said.

Another fan of the team, Charlton Chinzou, believes the recent poor results, as well as failure by the Felton Kamambo-led ZIFA-board to develop football at junior level, can better explain the distance between fans and the Warriors, which continues to grow.

Firstly, the Warriors have been preforming below par. Positive results make us fans have a chemistry with the national team. Secondly, poor management of our football has made us fans loose hope and faith in anything related to the national team. the board has failed to develop teams that can generate national team squad; the U-17s, U-21s and  U-23s,” explained Chinzou.

The Zimbabwe National Soccer Supporters Association however urged the football-loving nation to rally the team, in good times and bad.

We urge the entire nation to rally behind our Warriors as they clash against Ethiopia today at National Sports Stadium.All hope is not lost hence we call on our boys to have a winning mindset and stay focused and be positive as they seek for our first victory in the campaign,” the association’s Organising Secretary and Warriors cheerleader Chris ‘Romario’ Musekiwa, said in a statement.

“Of much importance, the boys must believe in themselves to be able to finish strong .We have players capable of scoring goals; Ishmael Wadi, Bill Antonio stand-in captain Khama Billiat.  Those are some of our trump cards we believe can deliver for our beloved Warriors. More importantly,  coach (Norman) Mapeza will use the match as preparation platform for the upcoming AFCON finals . We are hopeful the newly introduced young blood in the squad will have more game time to boost their confidence. As fans we believe in coach Mapeza, he just needs everyone’s support as he reload the Warriors back into a competent team again. As fans of our national team, we should be weather friends of the team yes we have gone through a long bad spell, but that’s a period the team needs us most.”

Are Warriors fans starting to neglect the team?