Penalty awarded to Zimbabwe was unfair too: Ghana FA official 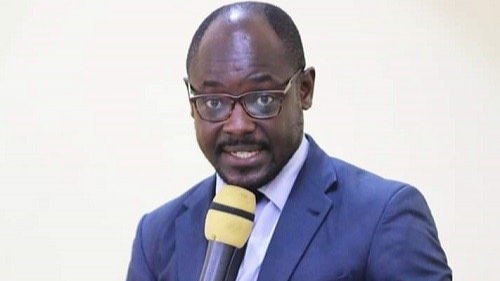 Knox Mutizwa was brought down in the box early in the second half with Ghana leading 1-0 and captain Knowledge Musona stepped up to restore parity for Zimbabwe.

Asante Twum, discussing the controversial penalty awarded to the Black Stars in the decisive game against South Africa, made reference to the spot kick awarded to Zimbabwe, in claiming some decisions have gone against Milovan Rajevac’s side but they have kept quiet.

“I think the referee on the day (against South Africa), was okay. We have been to places where officiating has not gone our way. But we did not even comment,” said Asante Twum.

“For instance, the game we played against Ethiopia, there were certain bad calls from the referee.”

“When we played against Zimbabwe here in Cape Coast, there were also some bad calls, and a penalty was even awarded against us,” he added.

Penalty awarded to Zimbabwe was unfair too: Ghana FA official