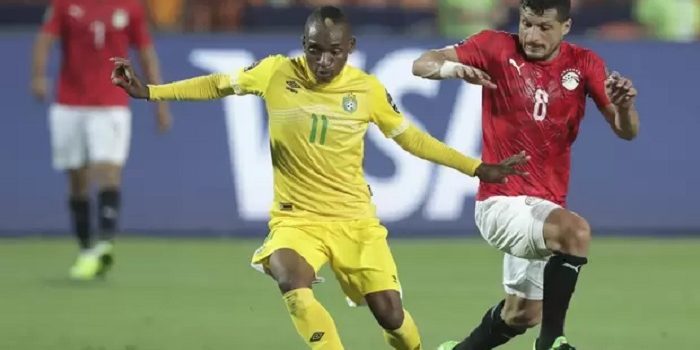 The Confederation of African Football (CAF) has paid tribute to Khama Billiat following the midfielder’s retirement from international football.

Billiat announced his retirement on Monday, just a day after captaining the national side in the final World Cup Qualifiers, Group G match against Ethiopia in Harare.

The 31-year old made his debut for Zimbabwe over a decade ago as a 20-year-old and went on to make 45 appearances and scored 13 goals.

He represented Zimbabwe at two AFCON finals in 2017 and 2019 and helped the team secure a spot at the 2021 edition, scheduled to happen in Cameroon in January 2022.

In their tribute to the player, CAF uploaded a video featuring Billiat’s goals with the Warriors.