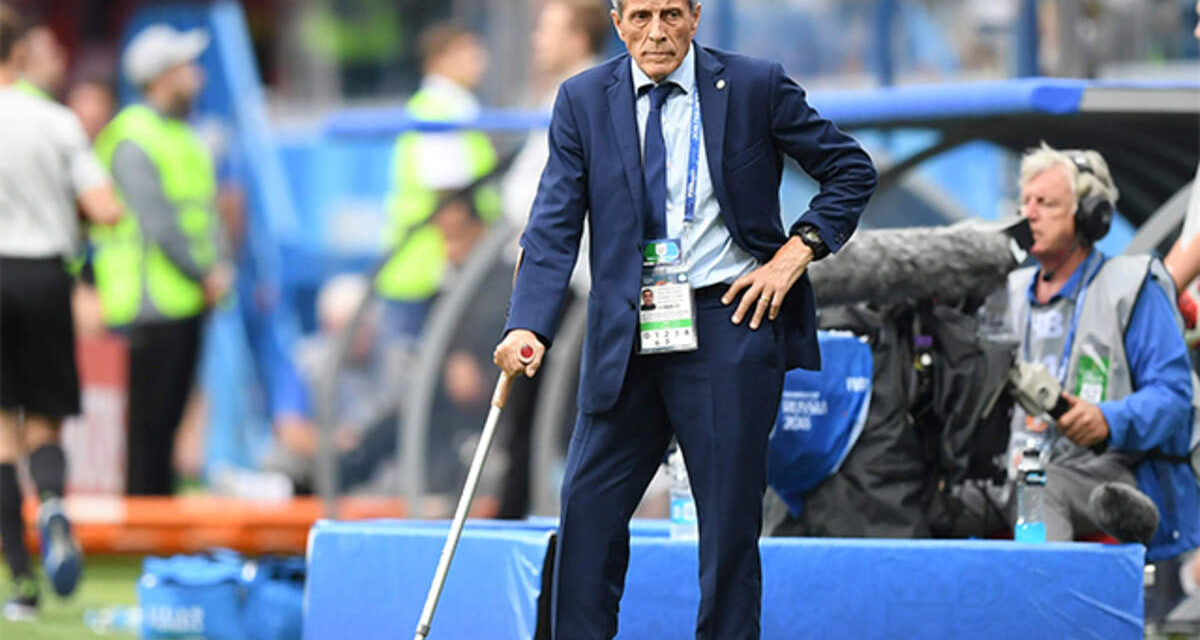 The Uruguayan Football Association (AUF) has sacked Oscar Tabarez as the national team coach after fifteen years and eight months at the helm.

Tabarez, 74, suffered four straight defeats that have left Uruguay in danger of missing out on next year’s World Cup, a tournament they won in 1930 and 1950.

AUF confirmed the sacking in a statement, saying: “The executive committee of the AUF informs that it has decided to end the contract of Oscar Washington Tabarez and other members of the national team coaching staff.”

The FA described the development as a “difficult decision” that in no way “disavows the long-serving gaffer’s important contribution to Uruguayan football.”

Tabarez led the South American country to the World Cup semifinals in 2010 and then won the Copa America title a year later.