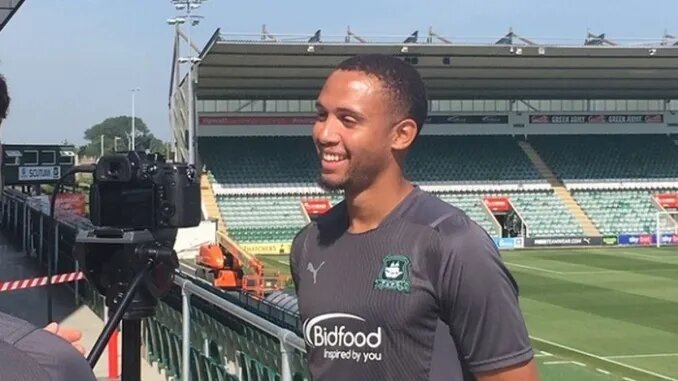 Warriors defender Brendan Galloway is set for a spell on the sidelines after suffering a horrific injury on Tuesday.

The 25-year-old was stretchered off shortly before half time in Plymouth Argyle’s 3-0 loss to Wycombe Wanderers.

Argyle manager Ryan Lowe confirmed that Galloway dislocated his kneecap, but he hopes to see the defender returning to action in short time.

“I’m gutted for him, but he’ll be looked after,” Lowe told BBC Sport.

“I’m told if you dislocate your knee cap it just goes back in and there’s a bit of swelling around it, so we’ll have to wait and see what the scans say.

“But I’m just pleased that it’s not an MCL or ACL or cruciate (ligaments) or anything like that.”

Galloway has struggled with injuries in his career and was at one point sidelined for over a year after suffering an ACL.

The latest injury, however, happened on the opposite leg.

“When I went in I saw one scar down the front of one knee, which was the right knee, and I looked at the left one and there’s no scars on that so that’s pleasing for him.

“Hopefully he’s alright, we’ll get the scans and the X-rays in and we’ll take it from there.”