Breaking down Nakamba’s role at Villa under Steven Gerrard 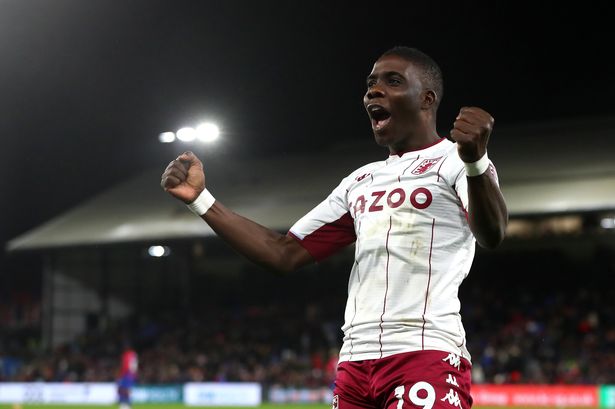 The arrival of Steven Gerrard as the coach of Aston Villa has opened a window of opportunity for Marvelous Nakamba to find his foot again at the EPL club.

The Zimbabwean midfielder had fallen down the pecking order under coach Dean Smith, who preferred more-attack minded Douglas Luiz in the central midfield.

He was reduced to a peripheral role and rarely featured in the team.

But since Gerrard took over earlier in the month, the 27-year has started in both games under the former Liverpool captain – the 2-0 win over Brighton and Hove Albion, as well as the 2-1 triumph at Crystal Palace.

The midfielder delivered exceptional performances in both games and was named Villa’s best player in Saturday’s victory in London.

But how has Nakamba transformed from being in the shadows of Luiz to command a first-team berth in the last two games?

Gerrard prefers a 4-3-3 or 4-2-3-1 formation with his full-backs driving forward and central midfielders staying behind to cover the spaces at the back and break the opponent’s attack. The system perfectly suits the Nakamba, who is defensive-minded.

The role also allows the Warriors international to assist the team get hold of the ball and complete successful passes. This has helped him achieved a high success rate in his passing in the last two outings as he had to make short passes to move the ball in compact areas with little spaces between the lines.

In these games, Marvelous carried the sweeper’s duties in front of the last line.

Unlike when Smith was in charge, the midfielders would aid the attack while the fullbacks sit back.

This system didn’t help Nakamba as he would leg behind in carrying the ball forward. Instead, he would be used in a tactical change when the team switches to defensive mode or a cover-up for Luiz.