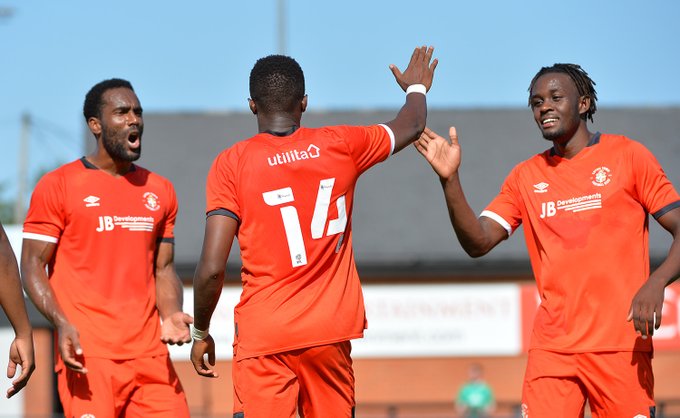 The 23-year old moved to the side in the pre-season from Leicester City but is struggling to get more game time. He has made just one start in ten league appearances so far for the Hatters and is yet to register his first goal in the second tier.

But coach Nathan Jones has seen plenty in training to suggest that Muskwe will be a real hit once he gets going.

The gaffer told Luton Today newspaper: “His (spell out of the side) has been injury-related in terms of picking up little things so he’s not got any flow

“They’re different players, but for Ade it’s been frustrating because we didn’t have him for the full pre-season, so we haven’t yet seen the best of Ade.

“We’ve seen it in training, because in training he’s been quite frightening, we haven’t seen that in games yet and that’s because he hasn’t really had a run.”

The coach added: We saw real glimpses of it against Barnsley (1-0 win) I think and then he picked up something, but when he really does hit a head of steam, we’ve got really high hopes for him because in training, at times he’s unplayable.”