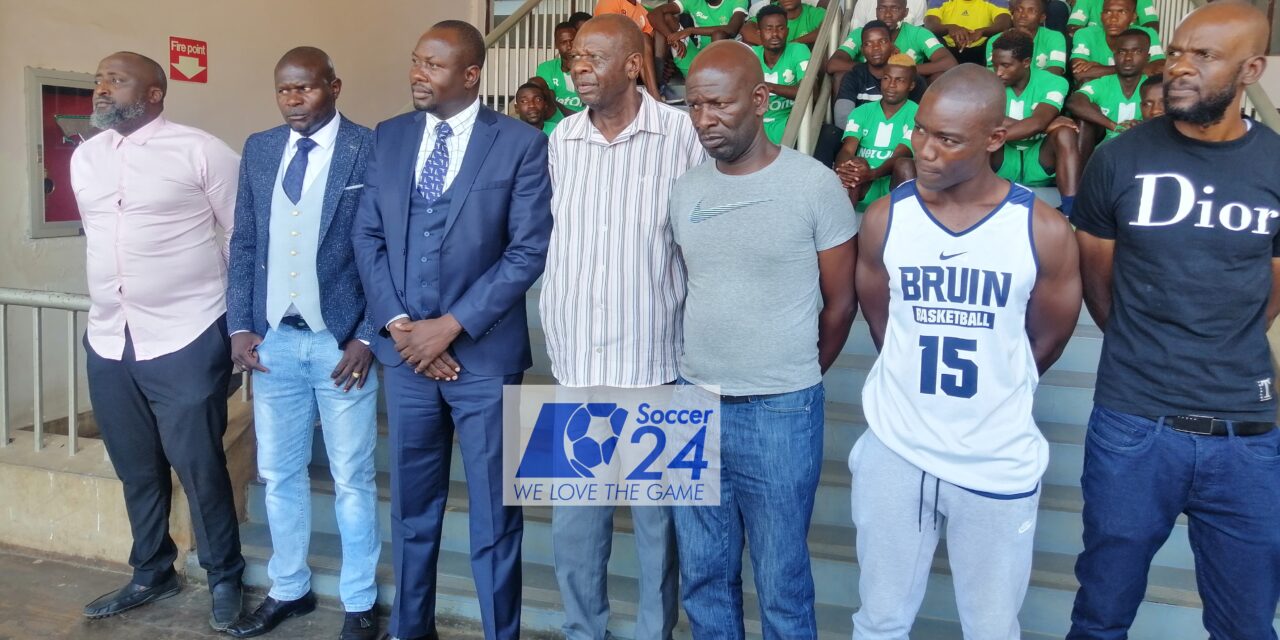 It is only logical that in the first edition of Talking Football with Lawrence, I unpack the crisis at the club I grew up supporting- CAPS United.

When Lloyd Chitembwe was unveiled as the new Makepekepe coach last month, I asked him if his return to the club would bring back the glory days at the Harare giants and restore its status as one of the biggest clubs in the country.

“Do you doubt that CAPS United is among the biggest clubs in Zimbabwean football,” asked Chitembwe, with a voice conveying confidence.

But events taking place at the Green Machine betray his confidence, and his answer to my question could have been out of the love for his beloved club.

“I hope they (the players) see football the same way I do,  and CAPS United can go forward,” he added.

Morale is arguably at its lowest, however, due to financial problems that have dogged the club of late.

In April 2020,  at the height of the Covid-19 pandemic, CAPS players clashed with vice president Nhamo Tutisani over unpaid salaries – in arguably one of the most regrettable incidents in the history of the club.

Tutisani’s responses particularly to speedy winger Phineas Bamusi mirrored what CAPS has become – a pale shadow of its former self.

“Who the f**k do you think you are?” Tutisani reportedly yelled at Bamusi.

“Ndoda kuona kuti unoritamba futi here. (I want to see if you will ever play for the club again).” the outspoken executive said to Bamusi before CAPS players dared him to do anything to stop the former Triangle man from doing what he is contracted to do.

Get me right, I’m not saying running a football club in this tough economic environment is easy, nor am I saying CAPS United is the only team with financial problems. But anyone who listened to  the confrontation  on social media can agree that the exchange was horrible.

It’s hard to believe that such unprofessional conduct can happen at a professionally-run club – let alone a club like Makepekepe.

Fast forward to November 2021, I learnt that the unveiling of Chitembwe as the club’s new head coach was set for 10 am at the National Sports Stadium.

I rushed to the giant facility to ensure that I was punctual.

I arrived there on time but to my surprise, I didn’t see the actual place where the unveiling was set to take place- I was not even offered a chair to sit.

We waited for three hours before the event started.

When Lodza finally arrived, we were even shocked that his unveiling would take place in one of the stadium bay corridors. Unbelievable!

The Farai Jere-led administration could not even pitch a banner with the club logo for such an important event deemed worthy of media coverage.

Even the person we had all gathered for, Chitembwe, did not have anywhere to sit.

Gloomy-faced CAPS players sat on the steps as Jere presided over one of the weirdest unveilings in the history of Zimbabwean professional football.

It was also at that unveiling that I discovered that CAPS no longer have an office or clubhouse.

Just last week, it emerged that Makepekepe players had not reported for training for two weeks due to unpaid salaries.

Some reports suggested that the players wanted their salaries reviewed while others claimed the players had gone for two months without getting paid.

Whatever the case, the players refused to train for two weeks and half the group did not show up for Covid-19 testing.

It was also revealed that the club leadership wrote to the PSL requesting that their league game against army side Black Rhinos, which was slated for last Saturday, be canceled, under the guise that some players had tested positive for Covid-19

That match was canceled, and the Jere-led hierarchy succeeded in fooling supporters.

While I’m just an observer, I think it is high time Jere stops running the club from his pocket, because clearly, it’s not working.

How sad would it be for a club with such a history to be defunct?

The club needs a corporate sponsor to bankroll its daily operations because gate takings alone are not enough.

It is without a doubt that everything that can go wrong has gone wrong at CAPS United.