Continue from where you left, SRC chairman urges Warriors 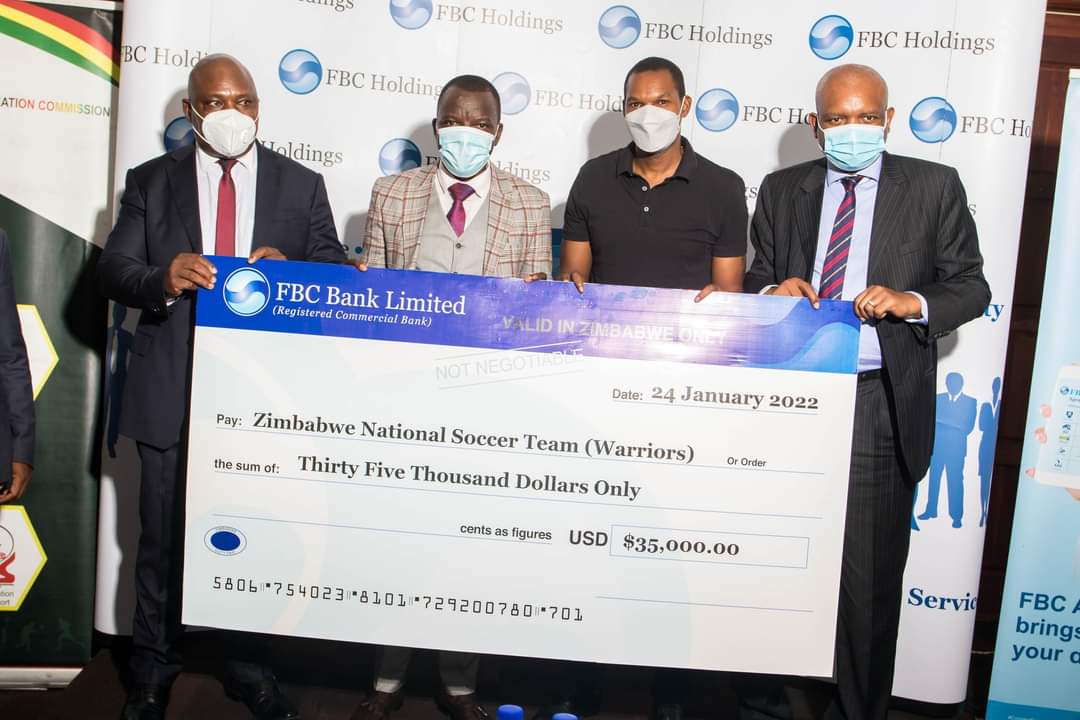 Sports and Recreation Commission (SRC) chairman Gerald Mlotshwa has urged the Warriors to continue from where they left after the win over Guinea at AFCON, saying a bright future lies ahead.

Norman Mapeza’s charges beat Guinea in their last Group B game at the continental showpiece in Cameroon, a contest which was a dead rubber after the team has crashed out of the tournament following consecutive defeats to Senegal and Malawi.

Speaking at the FBC Holdings Warriors winning bonuses hand over ceremony in Harare today, Mlotshwa said the commission will continue to make sure the team has what it needs to succeed.

“Things did not go the way that we expected on the pitch at AFCON but I think that when you analyse the games themselves, we were essentially unlucky, particularly in the Senegal game,” he said.

“We watched the game against Guinea and I think for anyone who wanted to be objective about things, they would have seen the true potential of the Warriors and what the Warriors are capable of.”

“We remain optimistic, we remain supportive. That support will always be there, I’m not only talking about support from the SRC, but on behalf of the entire country.

“A lot of you will get to know and understand some of the things we are doing as the SRC and ultimately everything comes down to the fact that when you (the players) run on that field, you do so without having to worry about anything.

“We want to proffesionalize things to a standard where you can perform at the level you performed against Guinea or even against Senegal. The future is bright, so continue to hold your head up high and do not worry about the past.

“Let’s focus on moving forward, as a team and as a country” he added.

Continue from where you left, SRC chairman urges Warriors