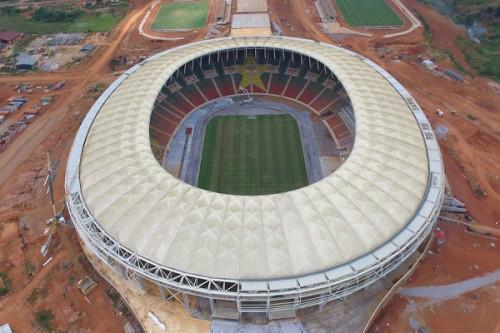 CAF has lifted the suspension on Olembe Stadium to allow the Afcon 2021 final to take place at the venue as originally planned.

The Yaounde ground was suspended from hosting any game following a deadly stampede that claimed eight lives and left scores injured just before the the Round of 16 clash between Cameroon vs Comoros.

Sunday’s quarterfinal tie between Morocco and Egypt was moved from Olembe to the Ahmadou Ahidjo Stadium, to allow investigations to take place.

CAF’s statement reads: “The report dealt with and highlighted the tragic circumstances which led to thirty-eight people being injured and eight fatalities.

“The report further highlighted the recommendations and interventions to ensure that a tragedy of this nature should never be repeated.

“Having noted the recommendations and undertakings from Government in regard to additional security provisions over and above those which were already successfully implemented at the Ahmadou Ahidjo Stadium during the Morocco and Malawi match and at the Japoma Stadium during the Gambia and Cameroon match, the CAF Organising Committee unanimously agreed to lift the suspension imposed on the Olembe, Stadium and allow one of the Total Energies AFCON Cup of Nations Semi-Finals as well as the Final Match to take place at the Olembe Stadium.

“In conclusion, CAF, the Local Organising Committee and the Government of Cameroon having significantly increased security and resources at the Olembe Stadium, are confident that the safety and security of spectators and visitors will be assured.”