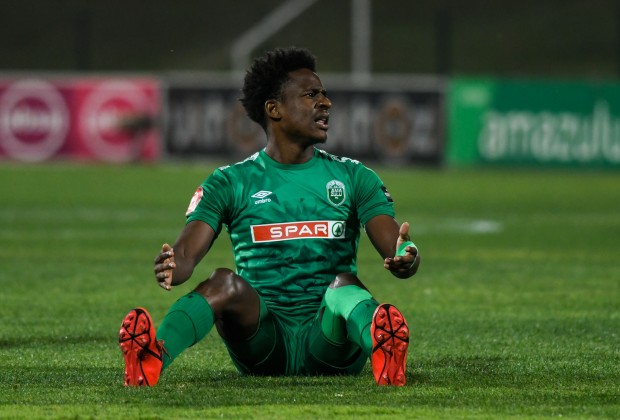 Talent Chawapiwa set the Cosafa Cup ablaze in 2017. He was simply phenomenal.

Judging by his perfomance at the regional showpiece, it was clear that talent is not just a name for the gifted speedster.

Chawapiwa, who was on the ranks of FC Platinum back then, was simply unplayable at the tournament in South Africa.

It came as no surprise when Limpopo-based side Baroka FC, came knocking on the FC Platinum door, for the services of the dimunitive forward.

Predictably, Baroka got their wish and signed the Zimbabwean winger in July 2017.

The attacker would settle well at Bakgakga under Zambian coach Wedson Nyirenda, who transformed him to one of the most promising talents in the South African top-flight.

In fact, there was a time when Chawapiwa topped the wishlist of Soweto giants Kaizer Chiefs, something he even personally confirmed.

“It was true because my agent spoke to the Chiefs guys, but I don’t know what happened in the end. [The deal] was almost closed,” he said in 2018.

“[But] it’s all about remaining disciplined as a person, because if you allow that to get into your head then your performance will go down. It’s about staying calm and hoping for the best in the future.”

He would take the next edition of the Cosafa Cup (2018) by storm again and was deservedly named in the final Warriors squad for the 2019 AFCON finals in Egypt.

He played in two of the three group matches in Cairo, a clearly sign that he was  a key member of the Warriors side.

He joined AmaZulu that same year, a move many believe was the watershed in his promising career.

He struggled for game time at Usuthu, especially after the arrival of Benni McCarthy in 2021, and was reduced to a peripheral role at the Durban-based side.

Surprisingly, Babina Noko announced on Wednesday that they had released the Zimbabwean winger, just six months into his contract.

How things have changed for Chawapiwa.

It is hard to believe that a player of his quality has been offloaded twice within a year.

It is also incredible that he has competely fizzled out of the Warriors squad, yet he is not even 30 years of age yet.

What has really gone wrong for Chawapiwa?