TFWL: 18 years after Yogo Yogo’s death, an 18-year old Makunike is ready to ensure the name lives on 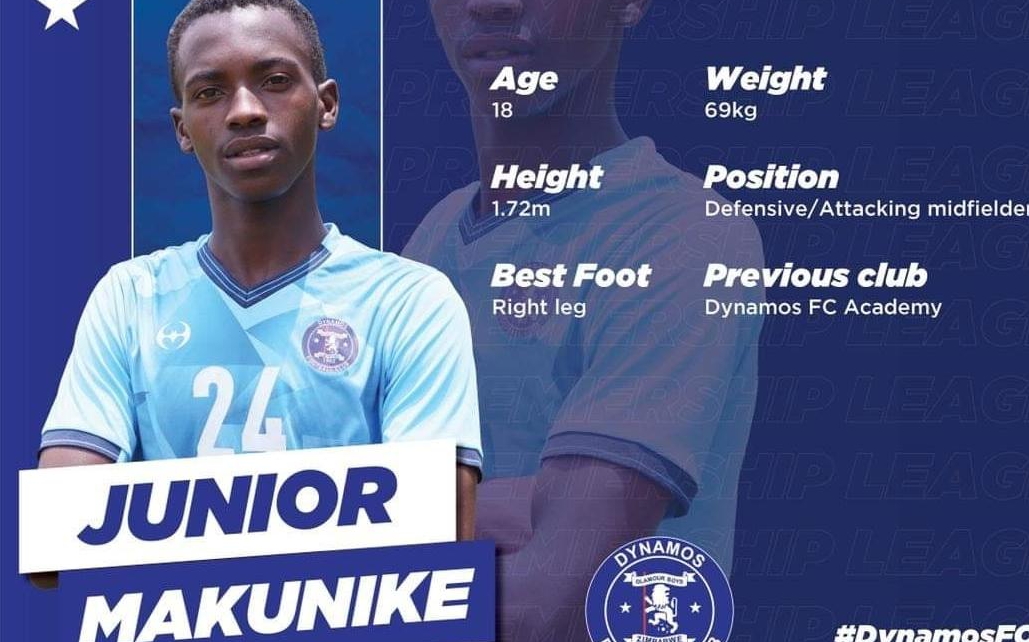 The 13th of March 2004 will forever be remembered as dark day in the history of Harare giants CAPS United, if not Zimbabwean football.

What started as a happy day for the Makepekepe family after Charles Mhlauri’s charges beat Njube Sundowns 2-1 in a league match at Luveve, ended in disaster.

A Harare-bound car carrying five people, exploded and crashed on a bridge near Norton along the Harare-Bulwayo road.

On board was the Makepepe trio of exciting midfielder Blessing ‘Yogo Yogo’ Makunike, enterprising left-back Gary Mashoko and deft goal-poacher Shingirai Arlon. They all died.

There were also two CAPS supporters in the car, who also lost their lives.

The CAPS United family still bear emotional scars to this day, emanating from the March 13 tragedy.

Former players and supporters still get emotional whenever they are asked about that tragedy.

“It was a big loss to the Zimbabwe football fraternity, CAPS United, the Makunike, Mashoko and Arlon families. Their skills and talent live fresh in our minds. RIP Yogo Yogo, Chile Arlon and Mudhara Gary till we meet again,” former captain David ‘Maketo’ Sengu, wrote on Facebook sometime in 2019.

18 years after that disaster, the legendary voice of celebrated football commentator Charles ‘CNN’ Mabika will be mentioning the name Makunike again. This time though, not in reference to the late Yogo Yogo.

CAPS United’s city rivals Dynamos announced this week that 18-year old Junior Makunike, has been promoted to the first team.

“Happy 18th birthday to our development side product Junior Makunike. Welcome to the senior team, announced Dynamos on their social pages.

Junior is the nephew of Yogo Yogo, his sister’s son who uses his mother’s last name.

He (Junior) was only a month old when his uncle tragically passed away but his teammates refer to him as Yogo Yogo, which is probably why he was mistaken for the late midfield ace’s son.

The Bulawayo-bred youngster, like his late uncle, is also a midfielder, who is ready to ensure the name Makunike lives on.

TFWL: 18 years after Yogo Yogo’s death, an 18-year old Makunike is ready to ensure the name lives on