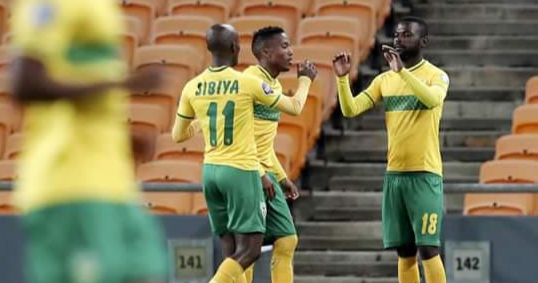 Chiefs came into the clash on the back of two consecutive victories and were oozing with confidence after dispatching rivals Orlando Pirates in the Soweto derby last week.

It was Arrows who surged ahead as early as the 5th minute when Mutizwa capitalised on a poor back pass and chipped the ball over an advancing Bruce Bvuma in the Amakhosi goal.

He almost doubled Abafana Bes’thende’s advantage in the 16th minute when another mix up in the Chiefs defence saw Bvuma exposed again but the Bafana Bafana goalkeeper was alert to thwart the danger.

Mutizwa’s Warriors teammate Khama Billiat almost levelled matters for Chiefs just before the half time break but his well-taken shot was blocked.

Bernard Parker came the closest to scoring in the second half but he was denied at point blank range but Arrows goalkeeper Nkosingiphile Gumede.

Arrows held on for a remarkable victory in enemy territory.