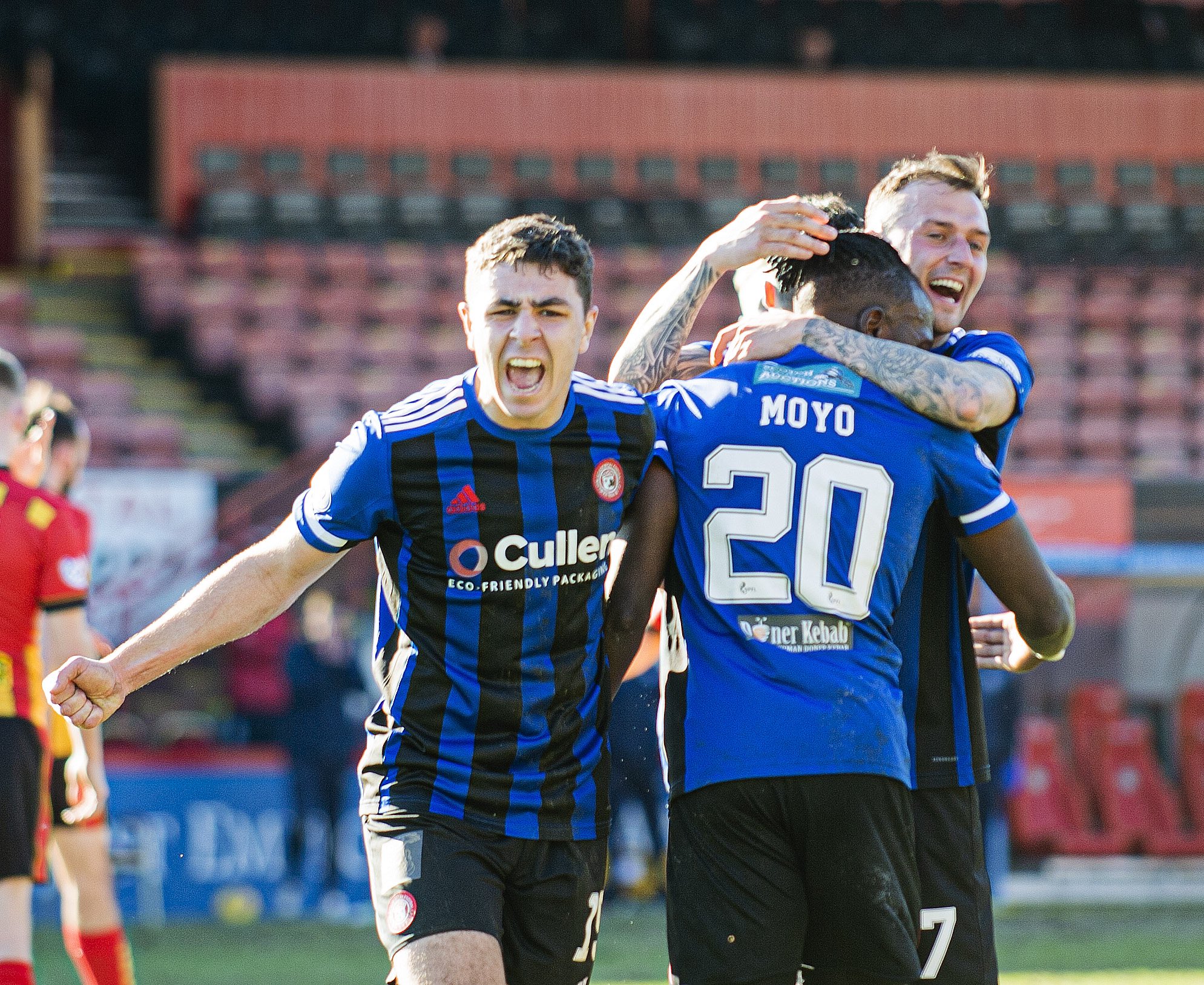 The dreadlocked centre-forward doubled Hamilton’s lead on the stroke of half time with a well-taken shot from the left side of the box, after Andrey Ryan had thrust them ahead in the 20th minute.

Moyo was in the thick of things and nearly got his second and Hamilton’s third seconds after the restart, when he just coudn’t connect to a Kieran MacDonald cross on the near post.

Hamilton are now 7th on the table with 35 points from 30 matches.