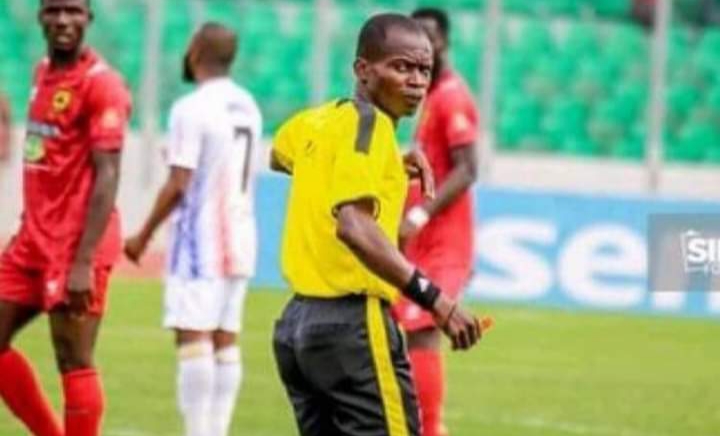 Ghanaian referee Kenney Padi has made a shocking claim that he is now having problems with his manhood and has not erected, since he awarded top-light side Asante Kotoko a controversial penalty in their match against Hearts of Oak earlier this month.

Padi officiated the crunch match at the Baba Yara Stadium on April 10, and awarded a controversial first half penalty to Kotoko, which was converted by Franck Mbella Etouga for the only goal of the game.

He revealed in an interview with Ghanaian radio Ewiase FM, that he has had problems with his manhood since he made that decision.

“I have not had erection since the day I awarded the penalty against Hearts of Oak”.

“Sometimes I get strange and horrific nightmares, I can’t sleep,” he added.