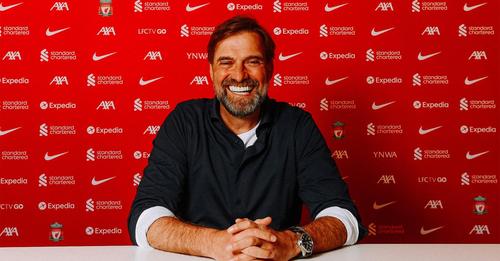 Jurgen Klopp has signed a new contract that will keep him at Anfield until 2026.

The gaffer’s deal was set to expire in 2024 after arriving at Liverpool in October 2015.

Speaking after signing the new deal, Klopp said: “There are so many words I could use to describe how I am feeling about this news… delighted, humbled, blessed, privileged and excited would be a start.

“There is just so much to love about this place. I knew that before I came here, I got to know it even better after I arrived and now I know it more than ever before.

“This one is different because of the length of time we have been together. I had to ask myself the question: Is it right for Liverpool that I stay longer?”

Assistants Pepijn Lijnders and Peter Krawietz have also put pen to paper on new terms, mirroring those of Klopp’s and reaffirming their dedication to the project.