Highlanders v Dynamos: All we want is a good game of football, nothing else 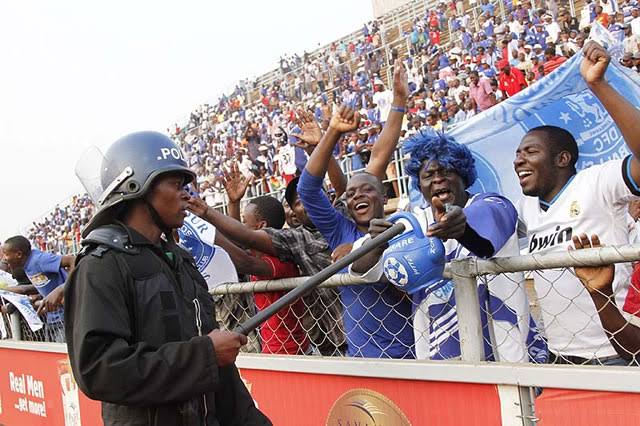 All roads lead to Babourfields Stadium this Sunday, where Highlanders host Dynamos in the standout fixture on the Castle Lager Premiership matchday 15 program.

The clash has the ingredients for a thriller, as DeMbare will step on Emagumeni’ soil at the summit of the league table and are looking to end their 8-year wait for the country’s biggest club prize.

Bosso, on the other hand, are on a 9 game unbeaten run-a run which included games against CAPS United, Chicken Inn and FC Platinum.

They will be hoping to end what their executive described as a ‘bad patch’, with a morale-boosting victory over their bitter rivals.

On the field of play, the game can be mouthwatering in many ways, but it also has the potential to be a bad example of the local game on account of the following factors:

The match has developed a regrettable reputation over years. Before, during and after the game, Highlanders fans proudly display placards referring to their Dynamos counterparts as ‘amaShona’ (the Shonas) instead of simply calling them what they are—DeMbare fans.

Regrettably, it is the same and vice versa-DeMbare fans refer to their Bosso counterparts as maNdebele (the Ndebeles).

Such language does not only stimulate the never-ending tribal discords in Zimbabwe but it also creates an impression that only Shona people support Dynamos and only Ndebele people love Highlanders.

A Highlanders versus Dynamos game is not a battle between the Ndebeles and the Shonas, let that sink in.

We cannot be stuck in that contrast forever.

Another misbegotten view, which needs to be corrected as a matter of urgency for the sake of the beautiful game, is that the Battle of Zimbabwe is a political rather than a sporting event.

Actually, we should consider shunning the title “Battle of Zimbabwe,” because it is from it that problems of politicizing the game and battles for tribal supremacy emanate.

The unsolved issues from the past should not be noticeable in a football match.

As has become the norm, violence is the order of the day when it comes to matches involving Dynamos and Highlanders.

Accusations of referee’s bias come from both camps, with DeMbare fans usually accusing their Bosso counterparts of resorting to violence when decisions don’t go their way.

However, Dynamos fans also seem to do the same thing, as was the case during the Uhuru Cup final on April 18, when they threw plastic bottles on the field of play in protest over a decision by the referee.

Many times the police have been called to deal with crowd trouble during Bosso-DeMbare games, which is very much regrettable.

Bosso players have developed the tendency of trying to bully match officials.

They do so on the basis that if decisions don’t go their way, the crowd at Emagumeni would react.

The players openly tell referees, in some cases, that any mistake would lead to a pitch invasion by the crowd.

Of course, players want decisions to go their way all the time, it’s part of football, but that level of intimidation is neither good for the game nor upright for a big institution like Highlanders.

Not wanting to accept the referee’s decision

Whether the referee’s decision is against Dynamos or Highlanders, it is final!

We don’t want to see a situation whereby a game of football ends prematurely because players have refused to accept the match official’s decision.

All we want is just a good game on Sunday.

2 thoughts on “Highlanders v Dynamos: All we want is a good game of football, nothing else”