Kenya ignores FIFA orders, country set to be booted out of Afcon Qualifiers 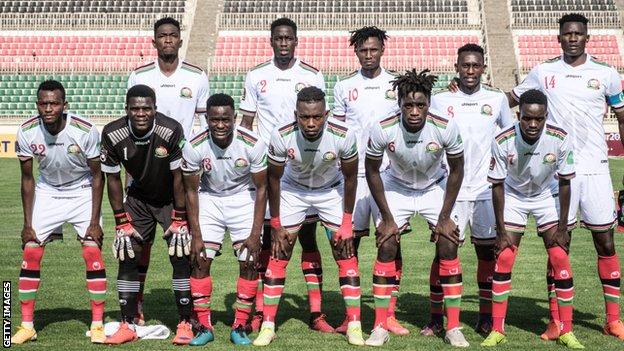 Kenya has ignored FIFA’s orders and appointed a transition committee to manage football activities in the country for the next five weeks.

The East African country, along with Zimbabwe, was banned from international football after its government interfered in the running of the game by dissolving a constitutionally elected FA executive.

FIFA asked Kenya to reinstate the suspended board so that the sanctions can be lifted before the Afcon 2023 Qualifiers begin in June.

However, the authorities have ignored the conditions and appointed a transition committee that will be in charge of the country’s football for the next five weeks.

The appointment was confirmed in the Kenyan Government Gazette, and the new council is largely made up of the members from the outgoing caretaker committee that took over the reins upon the firing of the elected executive.

Television journalist Lindah Oguttu will continue service as the head of the secretariat while Lorine Nerea will be the secretary alongside Edward Rombo.

Other members of the secretariat are journalists Robin Toskin and Maxwell Wasike and veteran coach Rashid Shedu.

One thought on “Kenya ignores FIFA orders, country set to be booted out of Afcon Qualifiers”