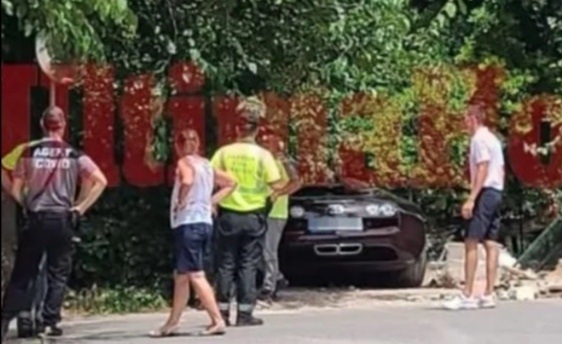 Cristiano Ronaldo’s US$2 million Bugatti Veyron was involved in an accident on Monday in Mallorca, Spain.

According to reports, the incident happened after the speeding vehicle veered off the road and crashed into a perimeter wall.

The supercar was being driven by an employee of the Manchester United forward. The driver is said to have suffered no serious injuries, but there is extensive damage to the front of the vehicle.

Police are investigating the incident but have not yet made any comment.

The Bugatti Veyron is one of the two luxury cars – with Mercedes-Benz G-Class – Ronaldo had shipped to Mallorca for his family’s summer holiday.

The Portugal international is on the Balearic Island, enjoying a vacation before returning to the United Kingdom for pre-season, which begins later this month.

United, who had dismisal campaign last term, kick-off the 2022/23 season at home to Brighton, before their first clash against the established ‘big six’ comes on August 20, when they take on Liverpool at Old Trafford.