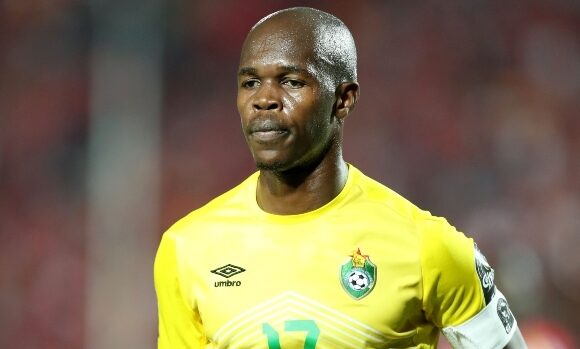 The Confederation of African Football (CAF) has paid tribute to ex-Warriors captain Knowledge Musona who is celebrating his 32nd birthday today.

The continental football body uploaded a video featuring some of Musona’s best goals during his time with the national team.

CLINICAL IN FRONT OF THE GOAL

His glittering career in the gold and green strip spanned over a decade after making his debut on 3 March 2010.

The former skipper went on to make forty-nine appearances and scored twenty-four goals.

He took over the captaincy in 2017 following the retirement of Willard Katsande from international football.

The retirement came on the backdrop of the national team’s ban from international football after the government interfered in running the local game.